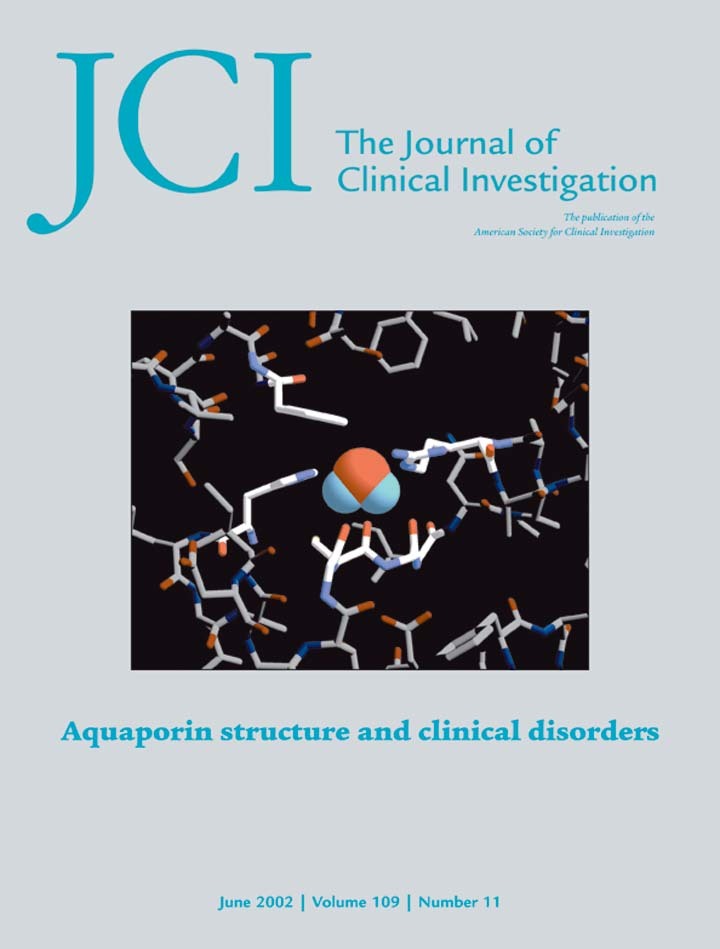 Preclinical and clinical studies suggest a possible role for cyclooxygenases in bone repair and create concerns about the use of nonsteroidal antiinflammatory drugs in patients with skeletal injury. We utilized wild-type, COX-1–/–, and COX-2–/– mice to demonstrate that COX-2 plays an essential role in both endochondral and intramembranous bone formation during skeletal repair. The healing of stabilized tibia fractures was significantly delayed in COX-2–/– mice compared with COX-1–/– and wild-type controls. The histology was characterized by a persistence of undifferentiated mesenchyme and a marked reduction in osteoblastogenesis that resulted in a high incidence of fibrous nonunion in the COX-2–/– mice. Similarly, intramembranous bone formation on the calvaria was reduced 60% in COX-2–/– mice following in vivo injection of FGF-1 compared with either COX-1–/– or wild-type mice. To elucidate the mechanism involved in reduced bone formation, osteoblastogenesis was studied in bone marrow stromal cell cultures obtained from COX-2–/– and wild-type mice. Bone nodule formation was reduced 50% in COX-2–/– mice. The defect in osteogenesis was completely rescued by addition of prostaglandin E2 (PGE2) to the cultures. In the presence of bone morphogenetic protein (BMP-2), bone nodule formation was enhanced to a similar level above that observed with PGE2 alone in both control and COX-2–/– cultures, indicating that BMPs complement COX-2 deficiency and are downstream of prostaglandins. Furthermore, we found that the defect in COX-2–/– cultures correlated with significantly reduced levels of cbfa1 and osterix, two genes necessary for bone formation. Addition of PGE2 rescued this defect, while BMP-2 enhanced cbfa1 and osterix in both COX-2–/– and wild-type cultures. Finally, the effects of these agents were additive, indicating that COX-2 is involved in maximal induction of osteogenesis. These results provide a model whereby COX-2 regulates the induction of cbfa1 and osterix to mediate normal skeletal repair.

Renin is an aspartyl protease essential for the control of blood pressure and was long suspected to have cellular receptors. We report the expression cloning of the human renin receptor complementary DNA encoding a 350–amino acid protein with a single transmembrane domain and no homology with any known membrane protein. Transfected cells stably expressing the receptor showed renin- and prorenin-specific binding. The binding of renin induced a fourfold increase of the catalytic efficiency of angiotensinogen conversion to angiotensin I and induced an intracellular signal with phosphorylation of serine and tyrosine residues associated to an activation of MAP kinases ERK1 and ERK2. High levels of the receptor mRNA are detected in the heart, brain, placenta, and lower levels in the kidney and liver. By confocal microscopy the receptor is localized in the mesangium of glomeruli and in the subendothelium of coronary and kidney artery, associated to smooth muscle cells and colocalized with renin. The renin receptor is the first described for an aspartyl protease. This discovery emphasizes the role of the cell surface in angiotensin II generation and opens new perspectives on the tissue renin-angiotensin system and on renin effects independent of angiotensin II.

Growth hormone secretagogues (GHSs) stimulate GH secretion and food intake. GHS receptor (GHS-R) mRNA has been identified mainly in the arcuate nucleus (Arc) and ventromedial nucleus of the hypothalamus and in the pituitary. Ghrelin, an endogenous ligand for GHS-R, has recently been purified from rat stomach. Although ghrelin is also expressed in the hypothalamus, the physiological significance of the ghrelin/GHS-R system is still unknown. We have created transgenic (Tg) rats expressing an antisense GHS-R mRNA under the control of the promoter for tyrosine hydroxylase (TH), thus selectively attenuating GHS-R protein expression in the Arc. Tg rats had lower body weight and less adipose tissue than did control rats. Daily food intake was reduced, and the stimulatory effect of GHS treatment on feeding was abolished in Tg rats. GH secretion and plasma insulin-like growth factor-I levels were reduced in female Tg rats. These results suggest that GHS-R in the Arc is involved in the regulation of GH secretion, food intake, and adiposity.

In gastrointestinal epithelium, metaplastic conversion between predominant cell types is associated with an increased risk of neoplasia. However, the mechanisms regulating metaplastic transitions in adult epithelia are largely undefined. Here we show that matrix metalloproteinase-7 (MMP-7) is expressed not only in the majority of human pancreatic ductal adenocarcinoma specimens, but also in human pancreatic intraepithelial neoplasia and metaplastic duct lesions in human and mouse. In a mouse model of pancreatic acinar-to-ductal metaplasia, MMP-7 progressively accumulates during the metaplastic transition, resulting in a concomitant increase in solubilization of Fas ligand (FasL). Under identical conditions, mice either deficient in MMP-7 or carrying an inactive FasL gene are severely inhibited in development of progressive metaplasia and acinar cell apoptosis. Thus, MMP-7 and FasL influence the initiation and maintenance of metaplastic events in pancreatic epithelium, explaining the observed link between metaplasia and apoptosis in pancreas and other gastrointestinal tissues.

Human thyrotropin (TSH), luteotropin (LH), follitropin (FSH), and chorionic gonadotropin are members of the heterodimeric glycoprotein hormone family. The common α subunit forms noncovalent heterodimers with different β subunits. Two novel human glycoprotein hormonelike genes, α2 (A2) and β5 (B5), recently have been identified. Using a yeast two-hybrid assay, the two subunits were found as potential heterodimerization partners. Immunological analyses confirmed the heterodimerization of A2 and B5 in transfected cells and their colocalization in the anterior pituitary. Recombinant A2/B5 heterodimeric glycoproteins, purified using cation exchange and size fractionation chromatography, activated human TSH receptors, but not LH and FSH receptors, and showed high affinity to TSH receptors in a radioligand receptor assay. The heterodimer also stimulated cAMP production and thymidine incorporation by cultured thyroid cells and increased serum thyroxine levels in TSH-suppressed rats in vivo. This new heterodimeric glycoprotein hormone was named as thyrostimulin based on its thyroid-stimulating activity. The expression of thyrostimulin in the anterior pituitary known to express TSH receptors suggested a paracrine mechanism. The present discovery of a new ligand based on genomic approaches could facilitate the understanding of the physiological roles of extra-thyroid TSH receptor systems and the structural-functional basis of receptor signaling by related glycoprotein hormones.

Dendritic cell–based (DC-based) immunotherapy represents a promising approach to the prevention and treatment of many diseases, including cancer, but current strategies have met with only limited success in clinical and preclinical studies. Previous studies have demonstrated that a TAT peptide derived from the HIV TAT protein has the ability to transduce peptides or proteins into various cells. Here, we describe the use of TAT-mediated delivery of T cell peptides into DCs to prolong antigen presentation and enhance T cell responses. While immunization of mice with DCs pulsed with an antigenic peptide derived from the human TRP2 protein generated partial protective immunity against B16 tumor, immunization with DCs loaded with a TAT-TRP2 peptide resulted in complete protective immunity, as well as significant inhibition of lung metastases in a 3-day tumor model. Although both DC/TRP2 and DC/TAT-TRP2 immunization increased the number of TRP2-specific CD8+ T cells detected by Kb/TRP2 tetramers, T cell activity elicited by DC/TAT-TRP2 was three- to tenfold higher than that induced by DC/TRP2. Furthermore, both CD4+ and CD8+ T cells were required for antitumor immunity demonstrated by experiments with antibody depletion of subsets of T cells, as well as with various knockout mice. These results suggest that a TAT-mediated antigen delivery system may have important clinical applications for cancer therapy.

The Th1 cytokines IL-2 and IFN-γ, which inhibit T cell proliferation and promote activation induced cell death, may be required to diminish alloreactive T cell numbers and to foster tolerance across full allogeneic barriers. However, we hypothesized that these cytokines might be dispensable when the alloreactive T cell clone size is relatively small, as is seen in recipients of minor-mismatched grafts. We show that alloreactive T cell clone size of C57BL/6 mice against multiple minor-mismatched 129X1/sv mice was ∼4–9-fold smaller than that against MHC-mismatched BALB/c mice. In the MHC-mismatched combination, CD28-B7 blockade by CTLA4Ig induced long-term graft survival in wild-type recipients, but this treatment was ineffective in IFNγ–/– or IL-2–/– recipients. In contrast, in the minor-mismatched combination, CTLA4Ig induced long-term allograft survival in wild-type, IFNγ–/–, and IL-2–/– recipients. Bcl-xL transgenic animals, which are defective in "passive" T cell death, are likewise sensitive to the effects of CTLA4Ig only in the setting of the minor-mismatch grafts. Therefore, the alloreactive T cell clone size is an important determinant affecting the need for Th1 cytokines and T cell death in tolerance induction. These data have implications for the design of tolerance strategies in transplant recipients with varying degrees of MHC mismatching.

To mount an effective immune response, T cells must divide in response to antigen contact. To maintain tolerance, mucosal lamina propria T cells (LPTs) may adapt their cycling to an antigen-rich gut stimulatory environment. Here, we compared the cell cycle kinetics of LPTs and peripheral blood T cells (PBTs) before and after CD3- and CD2-mediated activation. While CD3-activated naive (CD45RA+) and memory (CD45RO+) PBTs peaked in the S and G2/M phase at 2–3 days, CD3-activated LPTs peaked at 4–6 days. In contrast, CD2 activation induced modest PBT but vigorous LPT cycling. The doubling time of CD3-activated PBTs was 1 day, while that of CD3- or CD2-activated LPTs was 2 days. LPTs failed to upregulate cyclin-dependent kinase 4 and cyclin D3, but Rb phosphorylation and cyclin A and B1 upregulation were induced by CD2 engagement. The extents of clonal expansion in LPT and PBT were comparable, indicating that LPTs’ slow replication delays but does not hinder cell division. CD2-activated LPTs displayed a striking upregulation of p53, whose blockade by antisense oligonucleotides accelerated their S phase transit time to that of CD3-activated PBTs. By slowing LPT cycling, p53 may act as a negative regulator of mucosal immunity, promoting immunological tolerance by preventing excessive T cell replication.

NF-κB essential modifier (NEMO), also known as IKK-γ, is a member of the I-κB kinase complex responsible for phosphorylating I-κB, allowing the release and activation of NF-κB. Boys with an expressed NEMO mutation have an X-linked syndrome characterized by hypohidrotic ectodermal dysplasia with immune deficiency (HED-ID). The immunophenotype resulting from NEMO mutation is highly variable, with deficits in both T and B cell responses. We evaluated three patients with NEMO mutations (L153R, Q403X, and C417R) and HED-ID who had evidence of defective CD40 signaling. All three patients had normal percentages of peripheral blood NK cells, but impaired NK cell cytotoxic activity. This was not due to a generalized defect in cytotoxicity because antibody-dependent cellular cytotoxicity was intact. This abnormality was partially reversed by in vitro addition of IL-2, which was also able to induce NF-κB activation. In one patient with recurrent cytomegalovirus infections, administration of IL-2 partially corrected the NK cell killing deficit. These data suggest that NEMO participates in signaling pathways leading to NK cell cytotoxicity and that IL-2 can activate NF-κB and partially overcome the NK cell defect in patients with NEMO mutations.