In gastrointestinal epithelium, metaplastic conversion between predominant cell types is associated with an increased risk of neoplasia. However, the mechanisms regulating metaplastic transitions in adult epithelia are largely undefined. Here we show that matrix metalloproteinase-7 (MMP-7) is expressed not only in the majority of human pancreatic ductal adenocarcinoma specimens, but also in human pancreatic intraepithelial neoplasia and metaplastic duct lesions in human and mouse. In a mouse model of pancreatic acinar-to-ductal metaplasia, MMP-7 progressively accumulates during the metaplastic transition, resulting in a concomitant increase in solubilization of Fas ligand (FasL). Under identical conditions, mice either deficient in MMP-7 or carrying an inactive FasL gene are severely inhibited in development of progressive metaplasia and acinar cell apoptosis. Thus, MMP-7 and FasL influence the initiation and maintenance of metaplastic events in pancreatic epithelium, explaining the observed link between metaplasia and apoptosis in pancreas and other gastrointestinal tissues. 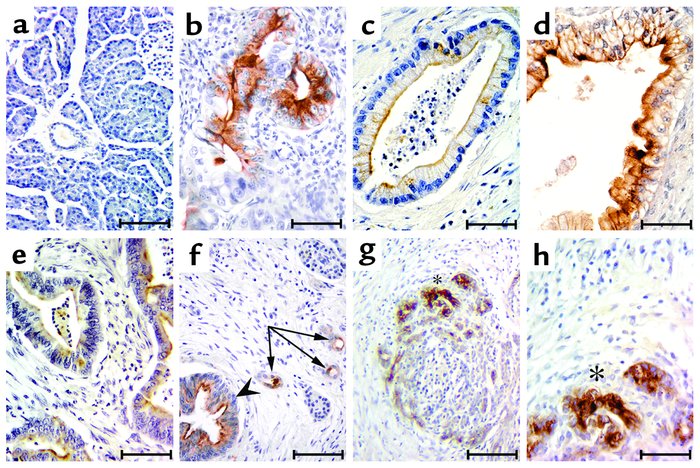