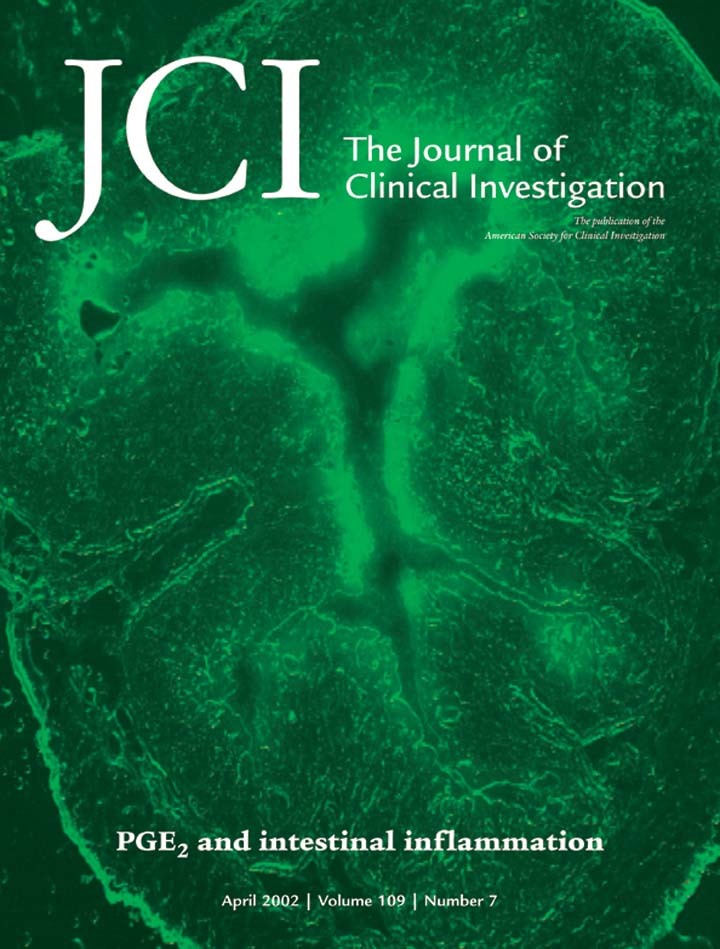 Myb34.5 is a herpes simplex virus 1 (HSV-1) mutant deleted in the gene for ribonucleotide reductase (ICP6). It also carries a version of γ134.5 (a viral gene product that promotes the dephosphorylation of eIF-2α) that is under control of the E2F-responsive cellular B-myb promoter, rather than of its endogenous promoter. Myb34.5 replication in tumor cells results in their destruction (oncolysis). γ134.5 expression by HSV-1 subverts an important cell defense mechanism against viral replication by preventing shutoff of protein synthesis after viral infection. Infection of colon carcinoma cells with Myb34.5 results in greater eIF-2α dephosphorylation and viral replication compared with infection with HSV-1 mutants completely defective in γ134.5 expression. In contrast, infection of normal hepatocytes with Myb34.5 results in low levels of eIF-2α dephosphorylation and viral replication that are similar to those observed with HSV-1 mutants completely defective in γ134.5 and ICP6. When administered intravascularly into mice with diffuse liver metastases, Myb34.5 has greater antineoplastic activity than HSV-1 mutants with completely defective γ134.5 expression and more restricted biodistribution compared with HSV-1 mutants with wild-type γ134.5 expression. Myb34.5 displays reduced virulence and toxicity compared to HSV-1 mutants with wild-type γ134.5 expression. Portal venous administration of Myb34.5 significantly reduces liver tumor burden in and prolongs the life of mice with diffuse liver metastases. Preexisting Ab’s to HSV-1 do not reduce the antitumor efficacy of Myb34.5 in vivo.

We used mice deficient in each of the eight types and subtypes of prostanoid receptors and examined the roles of prostanoids in dextran sodium sulfate–induced (DSS-induced) colitis. Among the prostanoid receptor–deficient mice, only EP4-deficient mice and not mice deficient in either DP, EP1, EP2, EP3, FP, IP, or TP developed severe colitis with 3% DSS treatment, which induced only marginal colitis in wild-type mice. This phenotype was mimicked in wild-type mice by administration of an EP4-selective antagonist (AE3-208). The EP4 deficiency impaired mucosal barrier function and induced epithelial loss, crypt damage, and aggregation of neutrophils and lymphocytes in the colon. Conversely, administration of an EP4-selective agonist (AE1-734) to wild-type mice ameliorated severe colitis normally induced with 7% DSS, while that of AE3-208 suppressed recovery from colitis and induced significant proliferation of CD4+ T cells. In vitro AE3-208 enhanced and AE1-734 suppressed the proliferation and Th1 cytokine production of lamina propria mononuclear cells from the colon. DNA microarray analysis revealed elevated expression of genes associated with immune response and reduced expression of genes with mucosal repair and remodeling in the colon of EP4-deficient mice. We conclude that EP4 maintains intestinal homeostasis by keeping mucosal integrity and downregulating immune response.

Insulin-dependent type 1 diabetes is an autoimmune disease mediated by T lymphocytes recognizing pancreatic islet cell antigens. Glutamic acid decarboxylase 65 (GAD65) appears to be an important autoantigen in the disease. However, T cells from both patients with type 1 diabetes and healthy subjects vigorously proliferate in response to GAD65 stimulation ex vivo, leading us to postulate that the critical event in the onset of human diabetes is the activation of autoreactive T cells. Thus, we investigated whether GAD65-reactive T cells in patients with diabetes functioned as previously activated memory T cells, no longer requiring a second, costimulatory signal for clonal expansion. We found that in patients with new-onset type 1 diabetes, GAD65-reactive T cells were strikingly less dependent on CD28 and B7-1 costimulation to enter into cell cycle and proliferate than were equivalent cells derived from healthy controls. We hypothesize that these autoreactive T cells have been activated in vivo and have differentiated into memory cells, suggesting a pathogenic role in type 1 diabetes. In addition, we observed different effects with selective blockade of either B7-1 or B7-2 molecules; B7-1 appears to deliver a negative signal by engaging CTLA-4, while B7-2 engagement of CD28 upregulates T cell proliferation and cytokine secretion.

Chemokines are involved in recruitment and activation of hematopoietic cells in sites of infection and inflammation. The M3 gene of the γ-herpesvirus γHV68 encodes an abundant secreted protein that binds CC chemokines with high affinity. We report here that this gene is essential for efficient induction of lethal meningitis by γHV68. An M3 mutant γHV68 (γHV68-M3.stop) was 100-fold less virulent than wild-type or marker rescue control (γHV68-M3.MR) viruses after intracerebral inoculation. After intracerebral inoculation, γHV68-M3.stop grew to lower titers than γHV68 or γHV68-M3.MR in the brain but spread to and grew normally in the spleen and lung. Expression of several CC chemokines was significantly induced in the CNS by γHV68 infection. Consistent with M3 acting by blockade of CC chemokine action, γHV68 induced a neutrophilic meningeal inflammatory infiltrate, while γHV68-M3.stop induced an infiltrate in which lymphocytes and macrophages predominated. In contrast to the important role of M3 in lethal meningitis, M3 was not required for establishment or reactivation from latent infection or induction of chronic arteritis. These data suggest a role for chemokines in the protection of the nervous system from viral infection and that the M3 protein acts in a tissue-specific fashion during acute but not chronic γHV68 infection to limit CC chemokine–induced inflammatory responses.

Neuropeptide Y (NPY) is a downstream modulator of leptin action, possibly at the level of the arcuate nucleus where NPY neurons are known to express both leptin receptors and Y2 receptors. In addition to the well-described role of NPY and leptin in energy balance and obesity, intracerebroventricular administration of NPY or leptin also causes bone loss. Here we show that Y2 receptor–deficient mice have a twofold increase in trabecular bone volume as well as greater trabecular number and thickness compared with control mice. We also demonstrate that central Y2 receptors are crucial for this process, since selective deletion of hypothalamic Y2 receptors in mature conditional Y2 knockout mice results in an identical increase in trabecular bone volume within 5 weeks. This hypothalamus-specific Y2 receptor deletion stimulates osteoblast activity and increases the rate of bone mineralization and formation, with no effect on osteoblast or osteoclast surface measurements. The lack of any changes in plasma total calcium, leptinemia, or hypothalamo-pituitary-corticotropic, -thyrotropic, -somatotropic, or -gonadotropic output suggests that Y2 receptors do not modulate bone formation by humoral mechanisms, and that alteration of autonomic function through hypothalamic Y2 receptors may play a key role in a major central regulatory circuit of bone formation.

The melanin-concentrating hormone receptor 1, a novel target of autoantibody responses in vitiligo

The melanin-concentrating hormone receptor 1, a novel target of autoantibody responses in vitiligo

Vitiligo is a common depigmenting disorder resulting from the loss of melanocytes in the skin. The pathogenesis of the disease remains obscure, although autoimmune mechanisms are thought to be involved. Indeed, autoantibodies and autoreactive T lymphocytes that target melanocytes have been reported in some vitiligo patients. The objective of this study was to identify pigment cell antigens that are recognized by autoantibodies in vitiligo. Using IgG from vitiligo patients to screen a melanocyte cDNA phage-display library, we identified the melanin-concentrating hormone receptor 1 (MCHR1) as a novel autoantigen related to this disorder. Immunoreactivity against the receptor was demonstrated in vitiligo patient sera by using radiobinding assays. Among sera from healthy controls and from patients with autoimmune disease, none exhibited immunoreactivity to MCHR1, indicating a high disease specificity for Ab’s against the receptor. Inhibition of MCH binding to its receptor by IgG from vitiligo patients was also shown.

Based on studies by our group and others, we hypothesized that IL-7 may possess antifibrotic activities in an IFN-γ–dependent and independent manner. Here, we have evaluated the antifibrotic therapeutic potential of IL-7 in both in vitro and in vivo pulmonary fibrosis models. IL-7 inhibited both TGF-β production and signaling in fibroblasts and required an intact JAK1/STAT1 signal transduction pathway. IL-7–mediated inhibition of TGF-β signaling was found to be associated with an increase in Smad7, a major inhibitory regulator in the SMAD family. In the presence of IL-7, Smad7 dominant negative fibroblasts restored TGF-β–induced collagen synthesis, indicating that an IL-7–mediated increase in Smad7 suppressed TGF-β signaling. Consistent with these in vitro findings, recombinant IL-7 decreased bleomycin-induced pulmonary fibrosis in vivo, independent of IFN-γ. The antifibrotic activities of IL-7 merit further basic and clinical investigation for the treatment of pulmonary fibrosis.

IL-15, a T cell growth factor, has been linked to exacerbating autoimmune diseases and allograft rejection. To test the hypothesis that IL-15–deficient (IL-15–/–) mice would be protected from T cell–dependent nephritis, we induced nephrotoxic serum nephritis (NSN) in IL-15–/– and wild-type (IL-15+/+) C57BL/6 mice. Contrary to our expectations, IL-15 protects the kidney during this T cell–dependent immunologic insult. Tubular, interstitial, and glomerular pathology and renal function are worse in IL-15–/– mice during NSN. We detected a substantial increase in tubular apoptosis in IL-15–/– kidneys. Moreover, macrophages and CD4 T cells are more abundant in the interstitia and glomeruli in IL-15–/– mice. This led us to identify several mechanisms responsible for heightened renal injury in the absence of IL-15. We now report that IL-15 and the IL-15 receptor (α, β, γ chains) are constitutively expressed in normal tubular epithelial cells (TECs). IL-15 is an autocrine survival factor for TECs. TEC apoptosis induced with anti-Fas or actinomycin D is substantially greater in IL-15–/– than in wild-type TECs. Moreover, IL-15 decreases the induction of a nephritogenic chemokine, MCP-1, that attracts leukocytes into the kidney during NSN. Taken together, we suggest that IL-15 is a therapeutic for tubulointerstitial and glomerular kidney diseases.

The access of testosterone and estradiol to target tissues is regulated by sex hormone–binding globulin (SHBG) in human blood. Serum SHBG levels are low in patients with hyperandrogenism, especially in association with polycystic ovarian syndrome (PCOS) and in individuals at risk for diabetes and heart disease. Here, we identify SHBG coding region variations from a compound heterozygous patient who presented with severe hyperandrogenism during pregnancy. Serum SHBG levels in this patient measured 2 years after her pregnancy were exceptionally low, and her non–protein-bound testosterone concentrations greatly exceeded the normal reference range. A single-nucleotide polymorphism within the proband’s maternally derived SHBG allele encodes a missense mutation, P156L, which allows for normal steroid ligand binding but causes abnormal glycosylation and inefficient secretion of SHBG. This polymorphism was identified in four other patients with either PCOS, ioiopathic hirsutism, or ovarian failure. The proband’s paternal SHBG allele carries a single-nucleotide deletion within exon 8, producing a reading-frame shift within the codon for E326 and a premature termination codon. CHO cells transfected with a SHBG cDNA carrying this mutation fail to secrete the predicted truncated form of SHBG. To our knowledge, these are the first examples of human SHBG variants linked to hyperandrogenism and ovarian dysfunction.