Analysis of male mouse fertility after hCG or osteocalcin injection. 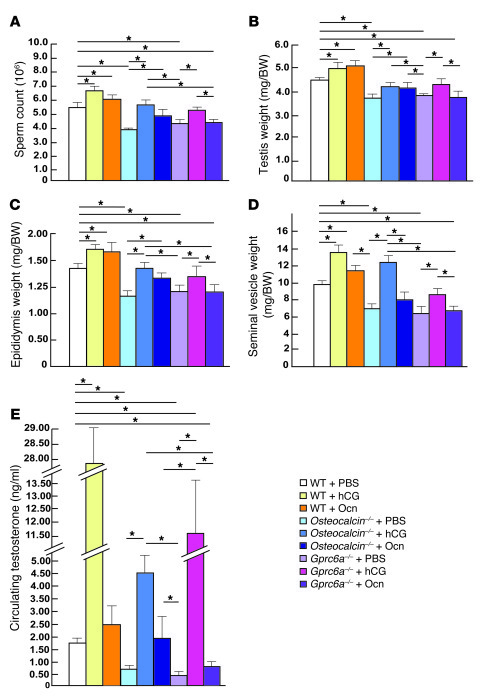