Additive effect of CNP and OSTN on the skeletal growth in double-transgenic mice. 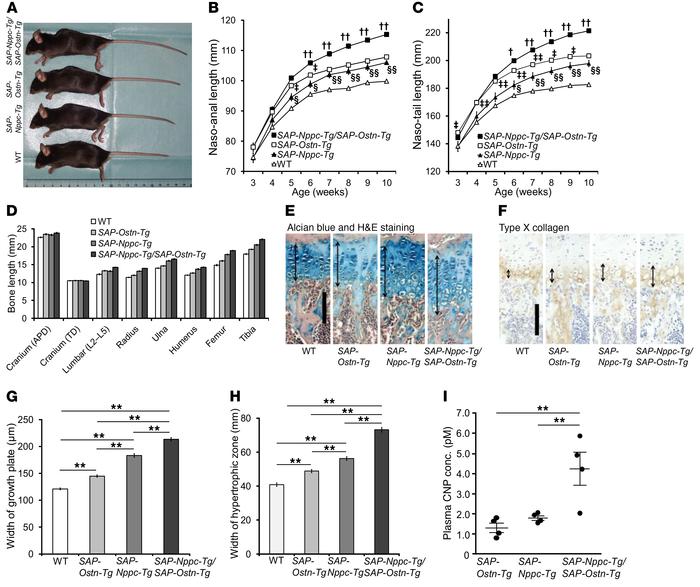