A precise equilibrium between cellular differentiation and proliferation is fundamental for tissue homeostasis. Maintaining this balance is particularly important for the liver, a highly differentiated organ with systemic metabolic functions that is endowed with unparalleled regenerative potential. Carcinogenesis in the liver develops as the result of hepatocellular de-differentiation and uncontrolled proliferation. Here, we identified , which encodes a pre-mRNA splicing regulator that is inhibited in hepatocarcinoma, as a pivotal gene for hepatocellular homeostasis. knockdown in human liver cells and mouse liver resulted in profound changes in pre-mRNA splicing and gene expression, leading to impaired glucose and lipid metabolism, refractoriness to key metabolic hormones, and reversion to a fetal-like gene expression pattern. Additionally, loss of SLU7 also increased hepatocellular proliferation and induced a switch to a tumor-like glycolytic phenotype. governed the splicing and/or expression of multiple genes essential for hepatocellular differentiation, including serine/arginine-rich splicing factor 3 () and hepatocyte nuclear factor 4α (α), and was critical for cAMP-regulated gene transcription. Together, out data indicate that SLU7 is central regulator of hepatocyte identity and quiescence. 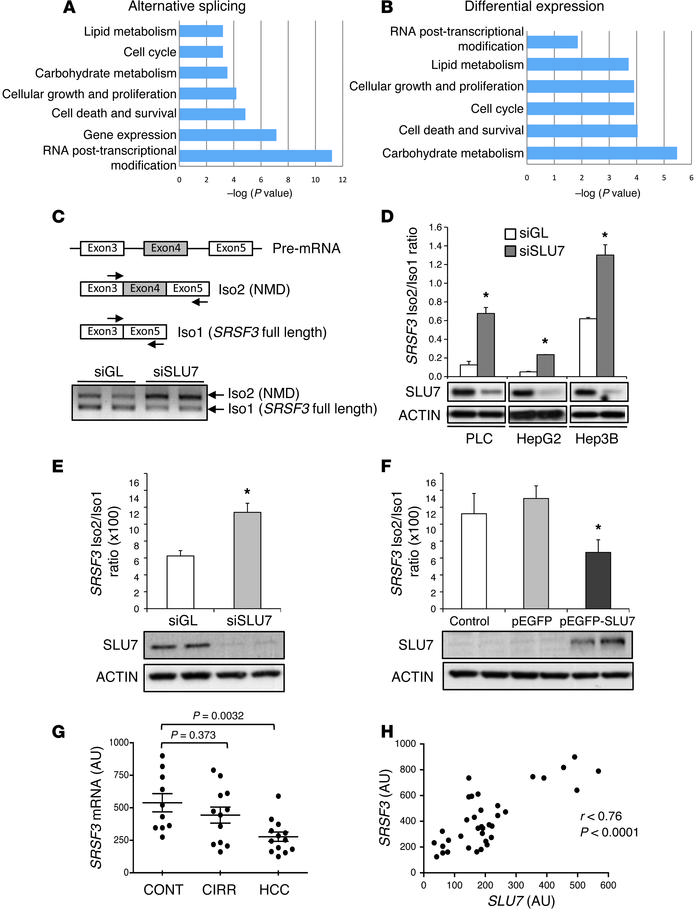