Effects of fat on insulin-stimulated carbohydrate metabolism in normal men.

We have examined the onset and duration of the inhibitory effect of an intravenous infusion of lipid/heparin on total body carbohydrate and fat oxidation (by indirect calorimetry) and on glucose disappearance (with 6,6 D2-glucose and gas chromatography-mass spectrometry) in healthy men during euglycemic hyperinsulinemia. Glycogen synthase activity and concentrations of acetyl-CoA, free CoA-SH, citrate, and glucose-6-phosphate were measured in muscle biopsies obtained before and after insulin/lipid and insulin/saline infusions. Lipid increased insulin-inhibited fat oxidation (+40%) and decreased insulin-stimulated carbohydrate oxidation (-63%) within 1 h. These changes were associated with an increase (+489%) in the muscle acetyl-CoA/free CoA-SH ratio. Glucose disappearance did not decrease until 2-4 h later (-55%). This decrease was associated with a decrease in muscle glycogen synthase fractional velocity (-82%). The muscle content of citrate and glucose-6-phosphate did not change. We concluded that, during hyperinsulinemia, lipid promptly replaced carbohydrate as fuel for oxidation in muscle and hours later inhibited glucose uptake, presumably by interfering with muscle glycogen formation. 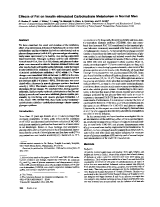 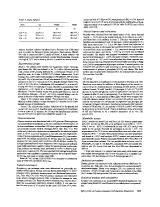 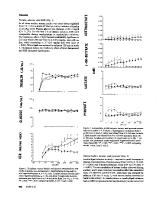 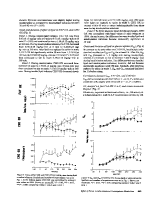 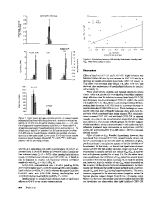 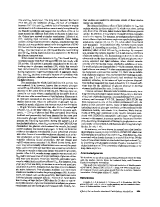 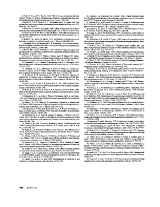