Addition of fibrinogen to human umbilical vein endothelial cells in culture resulted in release of von Willebrand factor (vWf) from Weibel-Palade bodies that was temporally related to formation of fibrin in the medium. Whereas no release occurred before gelation, the formation of fibrin was associated with disappearance of Weibel-Palade bodies and development of extracellular patches of immunofluorescence typical of vWf release. Release also occurred within 10 min of exposure to preformed fibrin but did not occur after exposure to washed red cells, clot liquor, or structurally different fibrin prepared with reptilase. Metabolically labeled vWf was immunopurified from the medium after release by fibrin and shown to consist of highly processed protein lacking pro-vWf subunits. The contribution of residual thrombin to release stimulated by fibrin was minimized by preparing fibrin clots with nonstimulatory concentrations of thrombin and by inhibiting residual thrombin with hirudin or heating. We conclude that fibrin formed at sites of vessel injury may function as a physiologic secretagogue for endothelial cells causing rapid release of stored vWf. 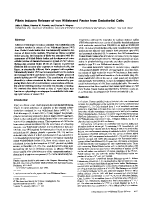 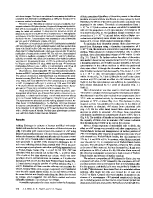 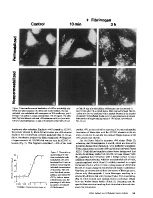 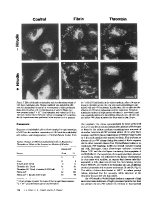 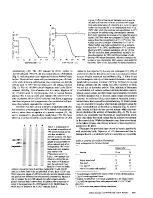 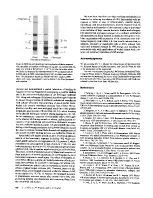 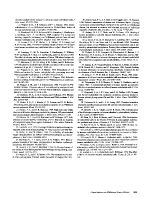