Use of biosynthetic human C-peptide in the measurement of insulin secretion rates in normal volunteers and type I diabetic patients.

Find articles by Given, B. in: JCI | PubMed | Google Scholar

Find articles by Frank, B. in: JCI | PubMed | Google Scholar

We undertook this study to examine the accuracy of plasma C-peptide as a marker of insulin secretion. The peripheral kinetics of biosynthetic human C-peptide (BHCP) were studied in 10 normal volunteers and 7 insulin-dependent diabetic patients. Each subject received intravenous bolus injections of BHCP as well as constant and variable rate infusions. After intravenous bolus injections the metabolic clearance rate of BHCP (3.8 +/- 0.1 ml/kg per min, mean +/- SEM) was not significantly different from the value obtained during its constant intravenous infusion (3.9 +/- 0.1 ml/kg per min). The metabolic clearance rate of C-peptide measured during steady state intravenous infusions was constant over a wide concentration range. During experiments in which BHCP was infused at a variable rate, the peripheral concentration of C-peptide did not change in proportion to the infusion rate. Thus, the infusion rate of BHCP could not be calculated accurately as the product of the C-peptide concentration and metabolic clearance rate. However, the non-steady infusion rate of BHCP could be accurately calculated from peripheral C-peptide concentrations using a two-compartment mathematical model when model parameters were derived from the C-peptide decay curve in each subject. Application of this model to predict constant infusions of C-peptide from peripheral C-peptide concentrations resulted in model generated estimates of the C-peptide infusion rate that were 101.5 +/- 3.4% and 100.4 +/- 2.8% of low and high dose rates, respectively. Estimates of the total quantity of C-peptide infused at a variable rate over 240 min based on the two-compartment model represented 104.6 +/- 2.4% of the amount actually infused. Application of this approach to clinical studies will allow the secretion rate of insulin to be estimated with considerable accuracy. The insulin secretion rate in normal subjects after an overnight fast was 89.1 pmol/min, which corresponds with a basal 24-h secretion of 18.6 U. 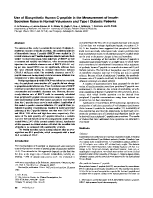 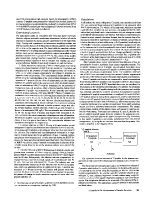 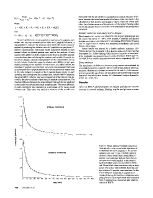 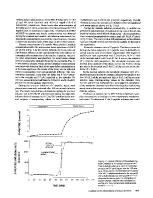 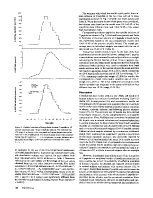 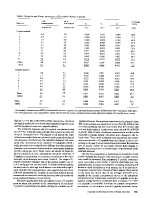 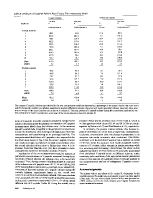 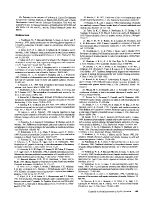