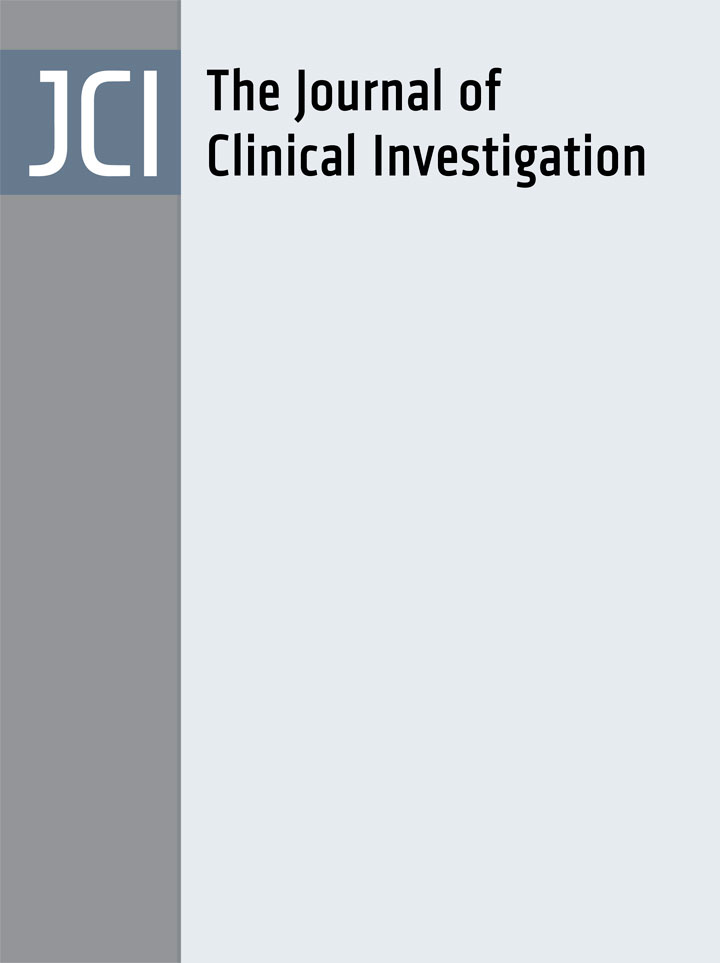 The role of “leakage” of tubular fluid in anuria produced by mercury poisoning was studied in rats by micropuncture techniques. After an initial brisk diuresis, almost all animals were completely anuric 24 hours after HgCl2 injection. Lissamine green injected intravenously in the early stage of anuria appeared in the beginning of the proximal tubule, but the color became progressively lighter as the dye traversed the proximal convolutions. The dye was barely visible in the terminal segments of the proximal tubule; it did not appear at all in the distal tubules. These observations suggest that the proximal epithelium had become abnormally permeable to Lissamine green.

The infusion of thyrocalcitonin (TCT) into thyroparathyroidectomized rats, given either no exogenous parathyroid hormone or a constant infusion of this hormone, leads to a transient phosphaturia and a decreased excretion of urinary magnesium, calcium, and hydroxyproline without a change in glomerular filtration rate. The changes in phosphate excretion may be due to a direct effect of the hormone upon renal tubular function or they may be a consequence of the fall in plasma calcium brought about by the action of TCT upon bone. In support of this latter alternative is the fact that the infusion of sodium ethylenebis-oxyethylenenitrilotetraäcetic acid (EGTA, a specific chelator of calcium) also leads to phosphaturia presumably as a consequence of hypocalcemia. However, EGTA infusion leads to enhanced urinary hydroxyproline excretion and sustained phosphaturia. These latter observations are interpreted to mean that alterations in the local ionic environment of osteolytic cells lead to changes in their activity and constitute a local regulatory system whose activity is modulated by the hormones, thyrocalcitonin and parathyroid hormone.

Complement coating and hemolysis were observed when erythrocytes from patients with paroxysmal nocturnal hemoglobinuria (PNH) were incubated in isotonic sucrose solution in the presence of small amounts of serum. Normal cells were likewise coated with complement components but did not hemolyze. Both normal and PNH erythrocytes reduced the hemolytic complement activity of the serum used in this reaction.

The isolated perfused rat liver can serve as a bioassay system for glucagon, capable of detecting 10 mμg of this agent. Seven 15-ml plasma specimens obtained from different healthy volunteers after an overnight fast were assayed in this system; glucagon could not be detected in any of them, indicating concentrations significantly below 0.67 mμg per ml in all subjects. The effects of administering small doses of glucagon to patients were consistent with these results; imposition of increments to plasma glucagon concentration below 1 mμg per ml induced distinct and sustained increases in blood glucose.

Blood Cholesterol and Hydrocortisone Production in Man: Quantitative Aspects of the Utilization of Circulating Cholesterol by the Adrenals at Rest and under Adrenocorticotropin Stimulation

Blood Cholesterol and Hydrocortisone Production in Man: Quantitative Aspects of the Utilization of Circulating Cholesterol by the Adrenals at Rest and under Adrenocorticotropin Stimulation

A kinetic study of the conversion of blood cholesterol into hydrocortisone was carried out in two patients through prolonged infusions of cholesterol-4-14C. The following points appear to be established by our observations:

A technique is described for studying the respiratory function of the placenta using carbon monoxide, a gas whose exchange across the placenta between the maternal and fetal circulations is limited by diffusion rather than blood flow.

In studies by continuous flow electrophoresis the coumarin anticoagulant drug warfarin sodium was found to be bound solely to the albumin fraction of the plasma proteins. The interaction was studied in detail by equilibrium dialysis of solutions of crystalline human plasma albumin and warfarin sodium. Analysis of the data showed that albumin possesses a single strong binding site for warfarin with an association constant of 154,000 at 3° C and secondary classes of several sites with a much lower affinity. The free energy of binding for the first anion determined at 3° and 37° C was -6.54 and -7.01 kcal per mole, respectively. The standard enthalpy change for the interaction was -3.48 kcal per mole, and the entropy change was +11.2 U.

Studies on the Intracerebral Toxicity of Ammonia

Studies on the Intracerebral Toxicity of Ammonia

Interference with cerebral energy metabolism due to excess ammonia has been postulated as a cause of hepatic encephalopathy. Furthermore, consideration of the neurologic basis of such features of hepatic encephalopathy as asterixis, decerebrate rigidity, hyperpnea, and coma suggests a malfunction of structures in the base of the brain and their cortical connections.

Cerebral Blood Flow and Metabolism in the Wernicke-Korsakoff Syndrome

Cerebral Blood Flow and Metabolism in the Wernicke-Korsakoff Syndrome

Cerebral blood flow and metabolism were measured by the iodoantipyrine-4-131I method in nine patients and by the nitrous oxide method in three patients with the Wernicke-Korsakoff syndrome.

Absorption of Cholesterol from a Micellar Solution: Intestinal Perfusion Studies in Man

Absorption of Cholesterol from a Micellar Solution: Intestinal Perfusion Studies in Man

The absorption of cholesterol has been studied in man by perfusing the upper jejunum with a micellar solution of bile salt, 1-monoglyceride, and cholesterol-14C, with a triple lumen tube with collection sites 50 cm apart. The absorption of micellar components between the collection sites was calculated from their concentration changes relative to those of the watersoluble marker, polyethylene glycol. Control experiments were performed with cholesterol-free perfusions of saline or bile salt-monoglyceride solutions. Steady state conditions were obtained.

The average plasma testosterone concentration of women with either hirsutism or polycystic ovaries and hirsutism was higher (p < 0.01) than that of normal women although the ranges overlapped. Testosterone blood production rates averaged 830 ± 120 SE and 1,180 ± 310 SE μg per day in the two groups of hirsute women and 230 ± 33 SE μg per day in normal women. The ranges did not overlap.