An interview with Alexander Gill 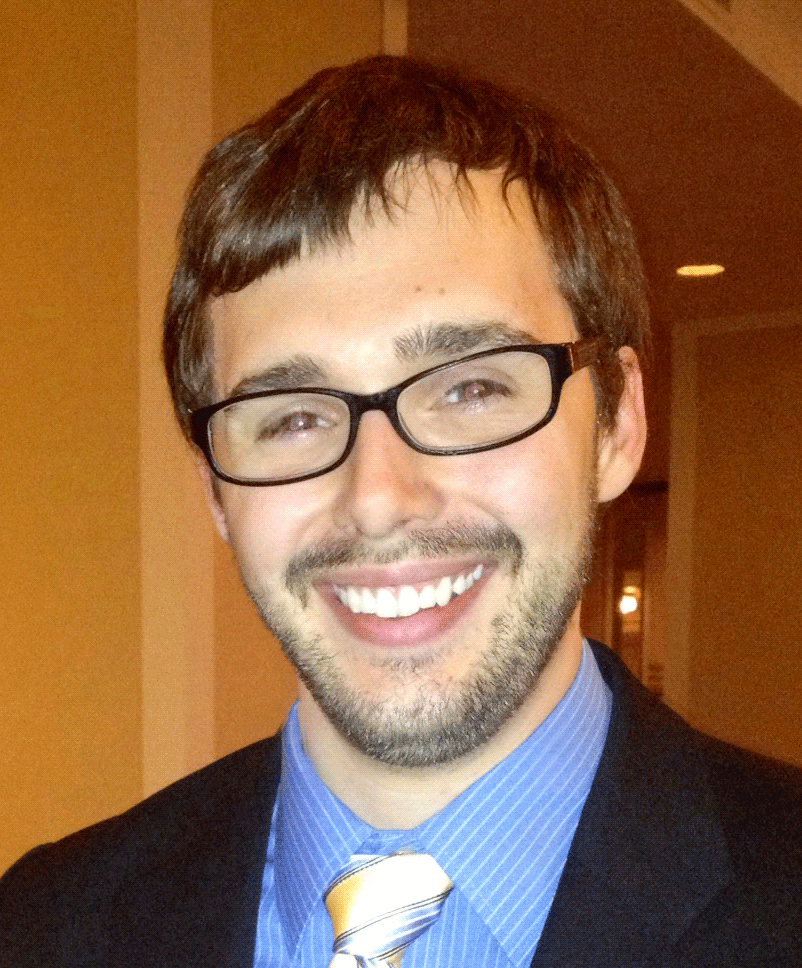 A research article in the October 2014 issue of the JCI describes the role of heme oxygenase–1 (HO-1) in the neuropathophysiology of HIV and suggests that HO-1 serves as a protective factor against neurodegeneration in HIV-associated neurocognitive disorders. Using postmortem tissue, the authors found that HO-1 deficiency in brain is correlated with increased cognitive dysfunction in patients. Further, induction of HO-1 in vitro led to decreased production of neurotoxins from HIV-infected macrophages. This research provides unique insights into the mechanisms of HIV-mediated neurodegeneration and suggests an approach that could be further exploited to alleviate the progression to HIV-associated neurocognitive disorders, which occur in up to 50% of HIV patients on antiretroviral therapy. We spoke to first author Alexander Gill about his work.

What led you to join Dr. Kolson’s lab to pursue your Ph.D. training?

I have always been interested in the interplay between the nervous system and the immune system and particularly the role of inflammation in neurological disease. As a graduate student, I really wanted to research neuroinflammatory diseases and decided to study HIV neurological complications as a nice paradigm for neuroinflammatory disease. Initially, I helped further develop the Kolson lab’s in vitro HIV neurodegeneration model (Figure 1), which involves infection of primary human macrophages, the major CNS reservoir for HIV replication. Using this model, the lab was able to study mechanisms of both neuron injury and HIV infection and also to identify potential targets to modulate these mechanisms.

The project I worked on was started by a former M.D./Ph.D. student, Dr. Stephanie Cross, currently a psychiatry resident at the University of Pennsylvania. She made the initial discovery that HIV infection of macrophages decreases expression of the key enzyme heme oxygenase–1 (HO-1) (1), which is involved in the inflammatory response and oxidative stress. She was the first to show that the HO-1 loss is associated with macrophage-mediated neuronal injury. The role of HO-1 in HIV neurological disease had never actually been explored. There have been exciting new discoveries in therapeutics for inflammatory neurological diseases, particularly in multiple sclerosis (2, 3). The research suggests that targeting HO-1 and associated proteins and pathways can actually be beneficial in other inflammatory brain diseases (4).

What were your biggest challenges, and how did you overcome them as you were pursuing the work?

One of the bigger challenges of this project was expanding our studies of these processes from in vitro experiments to the human brain and the subsequent clinical consequences. We were lucky to collaborate with an expert in HIV neuropathogenesis, Dr. Benjamin Gelman, a neuropathologist at the University of Texas Medical Branch at Galveston. Dr. Gelman is the founder and director of the Texas NeuroAIDS Research Center, one of the four HIV brain repositories of the NIH-funded National NeuroAIDS Tissue Consortium (NNTC).

We were able to obtain brain specimens that were linked to important paraclinical and clinical data, including demographic information, viral load, CD4+ T cell counts, immune activation markers, clinical neurocognitive diagnoses, and cognitive test data. Having access to this great resource and using these well-characterized tissue samples provided by Dr. Gelman and the NNTC, we were able to more fully define the association between HO-1 deficiency, viral replication, and neuropathogenesis and moreover to correlate HO-1 deficiency with actual neurocognitive diagnosis.

What aspects of your training have contributed the most to your project?

Certainly my formal training both in medical school and as a graduate student at Penn has been outstanding, from the coursework to the hands-on lab training, to the ability to try different techniques in different labs. But without question, the most important factor contributing to the success of this project was the support of the members of the Kolson lab and also our collaborators. For example, Colleen Kovacsics, who’s a fellow neuroscience graduate and currently in the lab, and Dr. Cross both contributed significantly experimentally to this work. The three of us, as the young scientists on the paper, often talked over experimental design and future directions and really bonded as scientists, and that kind of support from your peers is really important.

We also had two great technicians in the lab, Patricia Vance and Lorraine Kolson, who helped us with a lot of the work making this project a success. Our collaborators have been extremely helpful, including Dr. Gelman and also Dr. Kelly Jordan-Sciutto here at Penn. Both provided really strong collaborative support and also mentorship for me as a young scientist. And of course my primary mentor, Dr. Dennis Kolson, has been my strongest source of support. He’s allowed me to take complete control of the project and has given me the time, resources, and mentorship I really needed to critically design, conduct, and analyze this work. In the end, without all the continued and really amazing support of all these wonderful people and the research cores at Penn, this project would not have been as successful. Science really is a collaborative enterprise.

What do you think your current M.D./Ph.D. program has added to your training as a physician-scientist, in addition to your individual scientific and clinical training?

The MSTP [medical science training program] at Penn does an excellent job of integrating both medical school and graduate school. We were certainly one of the first programs to do six months of clinical rotations before our Ph.D. It’s amazing to have that perspective put into my work: the ability to translate to a clinical setting, knowing what the difficulties are and what things work in a clinical setting, has been really enlightening to me.

Even though I have been primarily focused on my graduate work for the last couple years, I had some clinical connections in neuropathology and neuroradiology. From the medical side, having a complete understanding of the human body even outside the nervous system really allows a lot of M.D./Ph.D.s to take a much more global view of the research question and put it into a much larger context that is sometimes missing from basic science work.

As a future physician-scientist, how do you plan to balance the demands of teaching the next generation of researchers and clinicians, caring for patients, and doing research — the so-called triple threat?

Well, you forgot to mention administrative responsibilities as well!

Certainly balancing these demands of being a teacher, a researcher, and a clinician requires good time management and certainly a strong dedication to being a physician-scientist. It is certainly not always an easy path. A John F. Kennedy quote my mentor particularly likes is that in the pursuit of worthy goals, we do these things “not because they are easy, but because they are hard,” which I think is certainly something everyone understands in any M.D. or graduate student Ph.D. track. But luckily I have met some great physician-scientists mentors at Penn, including my own mentor, Dr. Kolson, who all emulate this triple threat: the clinician, researcher, and teacher. I have had a lot great role models showing me that it can be done, and that you can have a work-life balance on top of being that triple threat.

Ideally, I would like to find a research niche within the neurosciences that allows me to directly relate my basic science and clinical research to my clinical practice. But in the end, when it comes down to it, I will go wherever my passion takes me.

Based on your experiences so far, what is your advice for other trainees who are pursuing their research?

There is one piece of advice that I have been given, and I’m going to pass on, that has been very helpful for me. Certainly as a graduate student or a medical student, we are all very busy, and a lot of us like to work really hard, but I think one thing that’s really important early on in your training is to try to always say “Yes” when you have an opportunity to do something. That could be learning a new technique, collaborating on a side project, or just another experience in general. It’s very easy to say “No, I’m too busy,” and certainly we all know we are extremely busy, but I think at this time in your career, saying yes to all of these different opportunities can really expand your training, your collaborations, and networking. You certainly have to eventually start saying no later on in your career. You can’t keep saying yes to everything that gets thrown your way, but I think when you are first starting out, being able to try saying yes to as many other opportunities and projects that you get offered helps round out your training and can sometimes lead you to unexpected places, which it has for me.

About the first author

Alexander Gill is an M.D./Ph.D. candidate in Dr. Dennis Kolson’s laboratory at the Perelman School of Medicine at the University of Pennsylvania. He received his B.S. in biochemistry and B.S. in biology from Case Western Reserve University. His training is supported by an individual predoctoral National Research Service Award (NRSA) fellowship from the National Institute of Mental Health. His research interests include studying the complex relationship between the immune system and the CNS in both physiological and disease states, with a particular focus on immune activation as a cause of neuronal injury.

Chirag Patel earned his M.D. and Ph.D. from the University of Texas Medical School at Houston. He completed a preliminary year of residency training in internal medicine at East Tennessee State University and is currently a resident physician in neurology at the University of California at Los Angeles David Geffen School of Medicine. Dr. Patel received his B.S. and M.S.E. in biomedical engineering from Johns Hopkins University.

Heme oxygenase-1 (HO-1) is an inducible, detoxifying enzyme that is critical for limiting oxidative stress, inflammation, and cellular injury within the CNS and other tissues. Here, we demonstrate a deficiency of HO-1 expression in the brains of HIV-infected individuals. This HO-1 deficiency correlated with cognitive dysfunction, HIV replication in the CNS, and neuroimmune activation. In vitro analysis of HO-1 expression in HIV-infected macrophages, a primary CNS HIV reservoir along with microglia, demonstrated a decrease in HO-1 as HIV replication increased. HO-1 deficiency correlated with increased culture supernatant glutamate and neurotoxicity, suggesting a link among HIV infection, macrophage HO-1 deficiency, and neurodegeneration. HO-1 siRNA knockdown and HO enzymatic inhibition in HIV-infected macrophages increased supernatant glutamate and neurotoxicity. In contrast, increasing HO-1 expression through siRNA derepression or with nonselective pharmacologic inducers, including the CNS-penetrating drug dimethyl fumarate (DMF), decreased supernatant glutamate and neurotoxicity. Furthermore, IFN-γ, which is increased in CNS HIV infection, reduced HO-1 expression in cultured human astrocytes and macrophages. These findings indicate that HO-1 is a protective host factor against HIV-mediated neurodegeneration and suggest that HO-1 deficiency contributes to this degeneration. Furthermore, these results suggest that HO-1 induction in the CNS of HIV-infected patients on antiretroviral therapy could potentially protect against neurodegeneration and associated cognitive dysfunction.