Histaminergic afferents in the STN and the histamine-induced amelioration of turning behavior of PD rats. 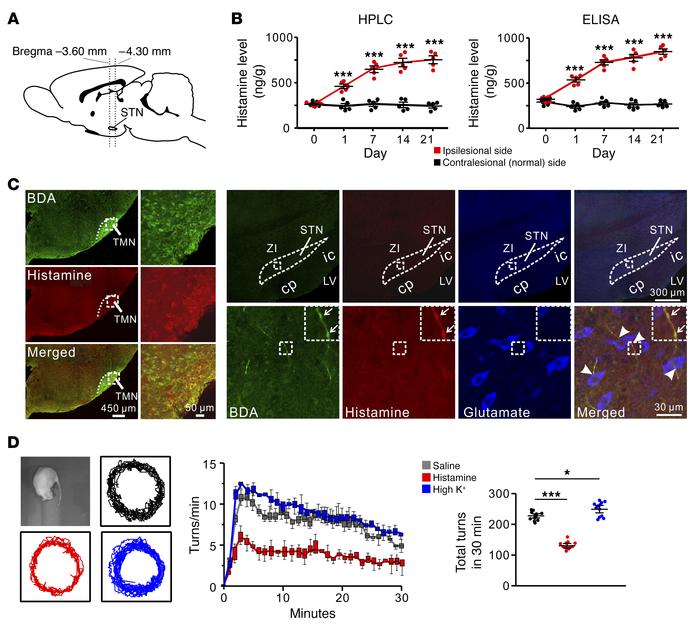