The ability of the Cav1 channel inhibitor isradipine to slow the loss of substantia nigra pars compacta (SNc) dopaminergic (DA) neurons and the progression of Parkinson’s disease (PD) is being tested in a phase 3 human clinical trial. But it is unclear whether and how chronic isradipine treatment will benefit SNc DA neurons in vivo. To pursue this question, isradipine was given systemically to mice at doses that achieved low nanomolar concentrations in plasma, near those achieved in patients. This treatment diminished cytosolic Ca2+ oscillations in SNc DA neurons without altering autonomous spiking or expression of Ca2+ channels, an effect mimicked by selectively knocking down expression of Cav1.3 channel subunits. Treatment also lowered mitochondrial oxidant stress, reduced a high basal rate of mitophagy, and normalized mitochondrial mass — demonstrating that Cav1 channels drive mitochondrial oxidant stress and turnover in vivo. Thus, chronic isradipine treatment remodeled SNc DA neurons in a way that should not only diminish their vulnerability to mitochondrial challenges, but to autophagic stress as well. 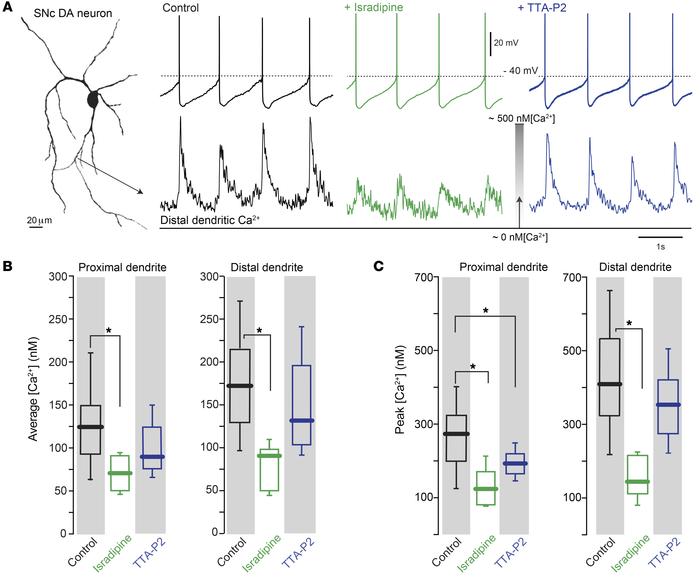