Bone marrow cells from mice display myeloid skewing and a competitive advantage that is time dependent. 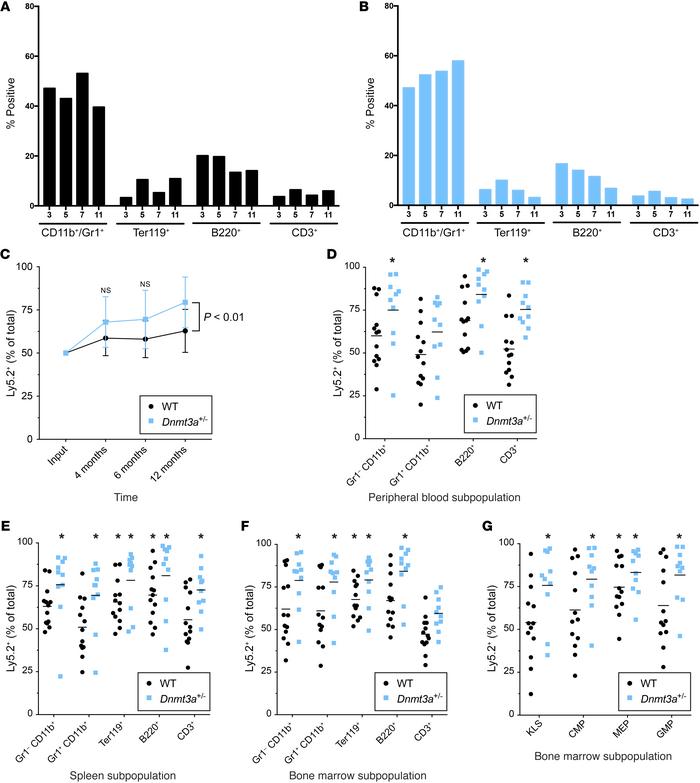