DDC-induced DRs do not escape their biliary fate after genetic ablation of NOTCH and/or activation of WNT/β-catenin signaling. 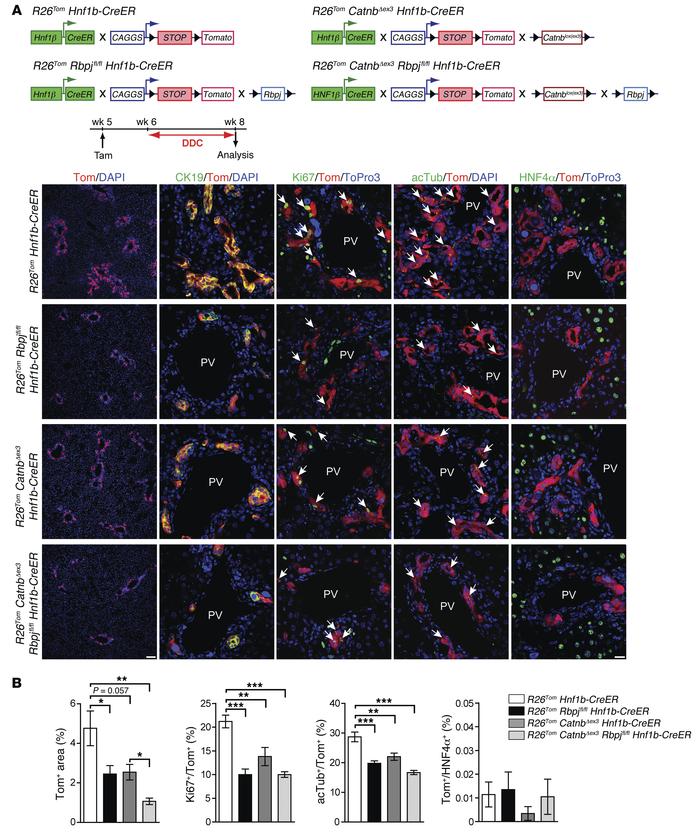