Mutations in the essential telomerase genes and cause familial pulmonary fibrosis; however, in telomerase-null mice, short telomeres predispose to emphysema after chronic cigarette smoke exposure. Here, we tested whether telomerase mutations are a risk factor for human emphysema by examining their frequency in smokers with chronic obstructive pulmonary disease (COPD). Across two independent cohorts, we found 3 of 292 severe COPD cases carried deleterious mutations in (1%). This prevalence is comparable to the frequency of alpha-1 antitrypsin deficiency documented in this population. The mutations compromised telomerase catalytic activity, and mutation carriers had short telomeres. Telomerase mutation carriers with emphysema were predominantly female and had an increased incidence of pneumothorax. In families, emphysema showed an autosomal dominant inheritance pattern, along with pulmonary fibrosis and other telomere syndrome features, but manifested only in smokers. Our findings identify germline mutations in telomerase as a Mendelian risk factor for COPD susceptibility that clusters in autosomal dominant families with telomere-mediated disease including pulmonary fibrosis. 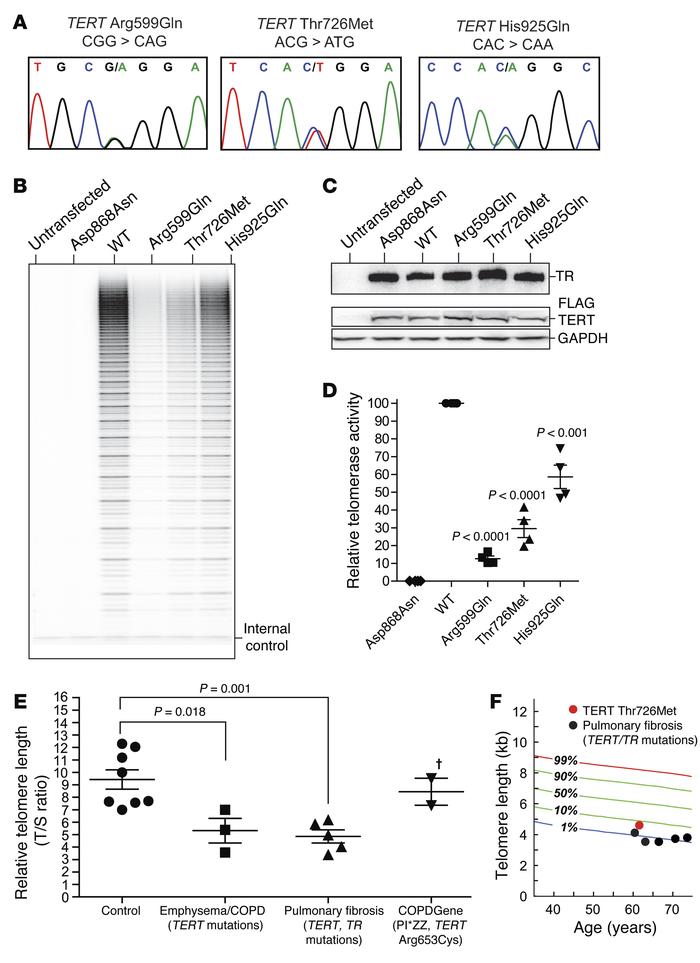