Systemic infection causes high morbidity and mortality and is associated with neutropenia; however, the roles of other innate immune cells in pathogenesis are poorly defined. Here, using a mouse model of systemic candidiasis, we found that resident macrophages accumulated in the kidney, the main target organ of infection, and formed direct contacts with the fungus in vivo mainly within the first few hours after infection. Macrophage accumulation and contact with were both markedly reduced in mice lacking chemokine receptor CX3CR1, which was found almost exclusively on resident macrophages in uninfected kidneys. Infected mice uniformly succumbed to -induced renal failure, but exhibited clearance of the fungus in all other organs tested. Renal macrophage deficiency in infected mice was due to reduced macrophage survival, not impaired proliferation, trafficking, or differentiation. In humans, the dysfunctional CX3CR1 allele was associated with increased risk of systemic candidiasis. Together, these data indicate that CX3CR1-mediated renal resident macrophage survival is a critical innate mechanism of early fungal control that influences host survival in systemic candidiasis. 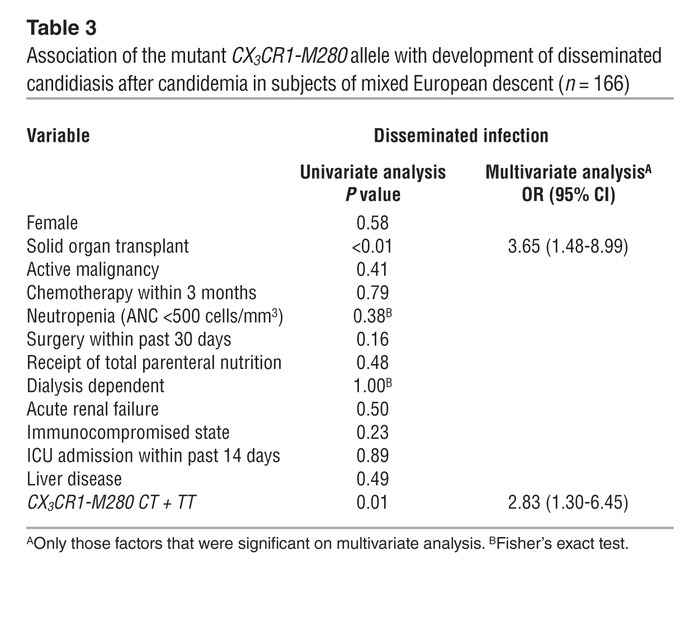