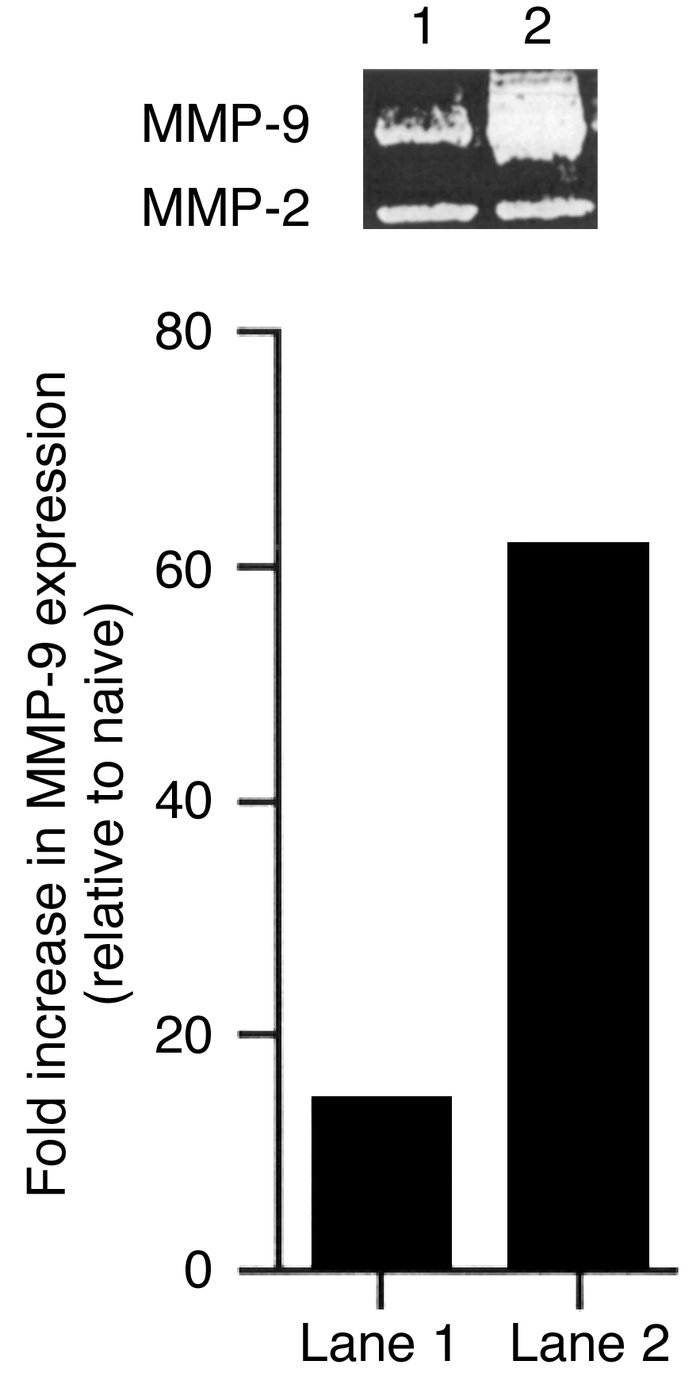 Neutrophil depletion markedly diminishes MMP-9 production. Groups of mice received intraperitoneally anti–Gr-1Ab twice as described in Methods, and groups of mice received an irrelevant control isotype-matched rat Ab. Depletion of PMN by Gr-1 Ab was effective, and levels of PMN could be kept at low levels during the period of study (data not shown). Groups of mice were infected on the scarified cornea with 106 PFU of HSV-1 RE. At day 2 after infection, animals were sacrificed, and corneas were excised and pooled from six eyes and homogenized. Corneal extract samples (20 μg/lane) were analyzed by gelatin zymography (). Lane 1: HSV-1–infected corneas after PMN depletion; Lane 2: HSV-1–infected corneas after injection of isotype control Ig. Data represent the results of a single experiment, which was one of three with similar results.