expression is low in cultured HSCs and deletion in HSCs does not alter CCl4-induced fibrosis. 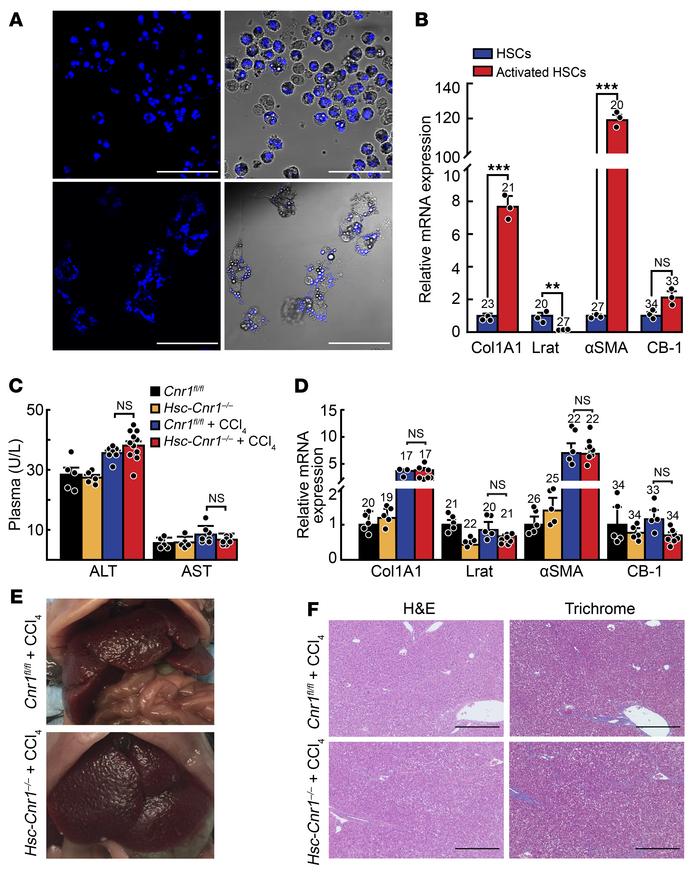