deletion in hepatocytes does not affect liver steatosis in mice fed chow or HSD. 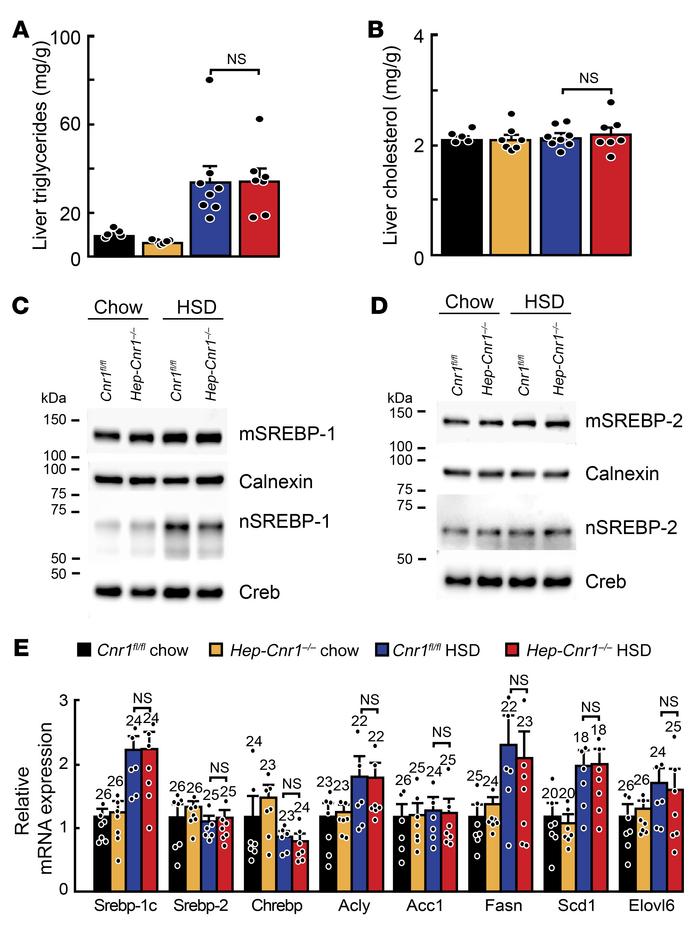