Anxiety-related disorders can be treated by cognitive therapies and transcranial magnetic stimulation, which involve the medial prefrontal cortex (mPFC). Subregions of the mPFC have been implicated in mediating different and even opposite roles in anxiety-related behaviors. However, precise causal targets of these top-down connections among diverse possibilities have not been established. Here, we show that the lateral septum (LS) and the central nucleus of the amygdala (CeA) represent 2 direct targets of the infralimbic cortex (IL), a subregion of the mPFC that modulates anxiety and fear. Two projections were unexpectedly found to exert opposite effects on the anxious state and learned freezing: the IL-LS projection promoted anxiety-related behaviors and fear-related freezing, whereas the IL-CeA projection exerted anxiolytic and fear-releasing effects for the same features. Furthermore, selective inhibition of corresponding circuit elements showed opposing behavioral effects compared with excitation. Notably, the IL-CeA projection implemented top-down control of the stress-induced high-anxiety state. These results suggest that distinct IL outputs exert opposite effects in modulating anxiety and fear and that modulating the excitability of these projections with distinct strategies may be beneficial for the treatment of anxiety disorders. 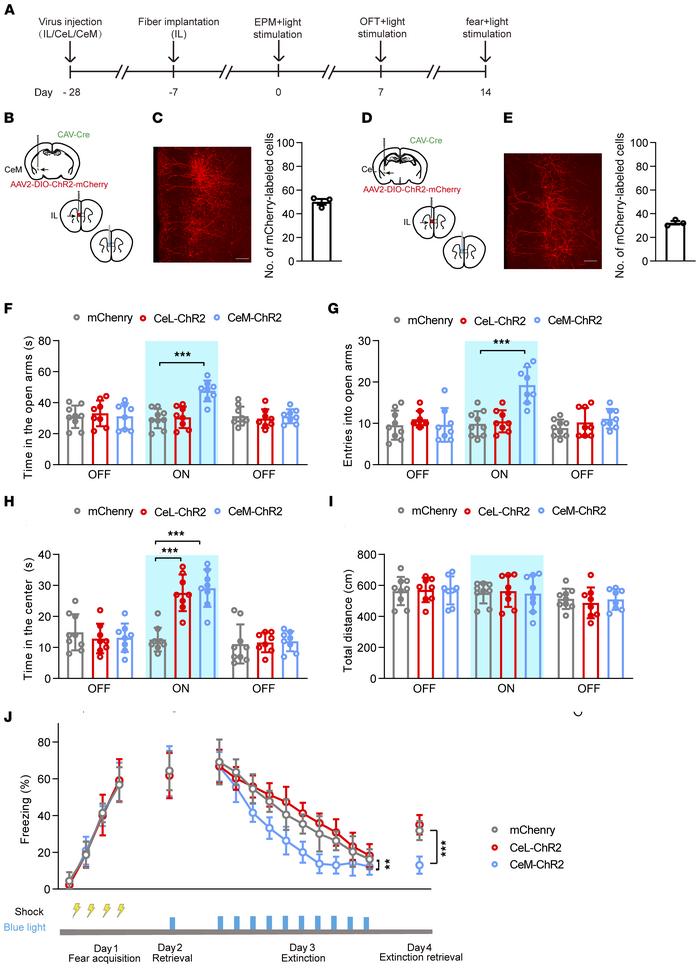