Effects of cell-autonomous activation of FGFR1 in endothelial cells on the development of hypoxia-induced pulmonary hypertension. 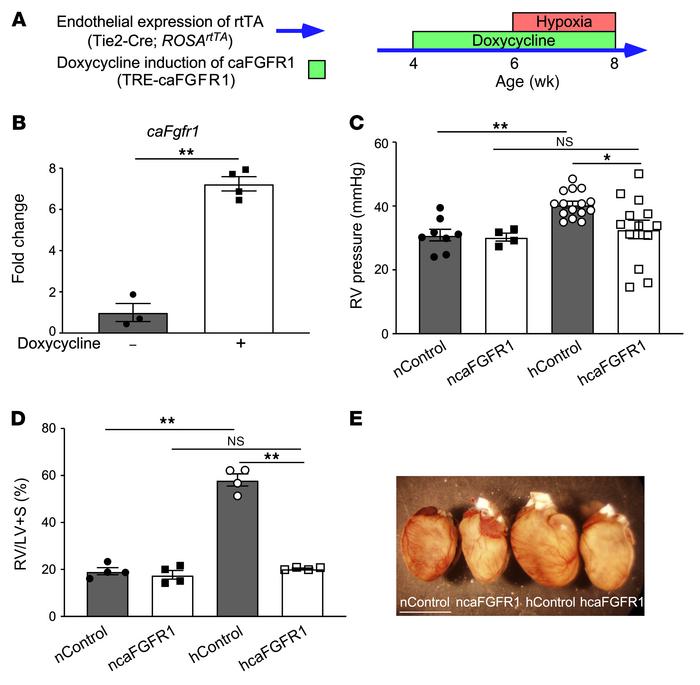