Imaging of DNAJB6 and HSP70 kinetics at the Z-disc. 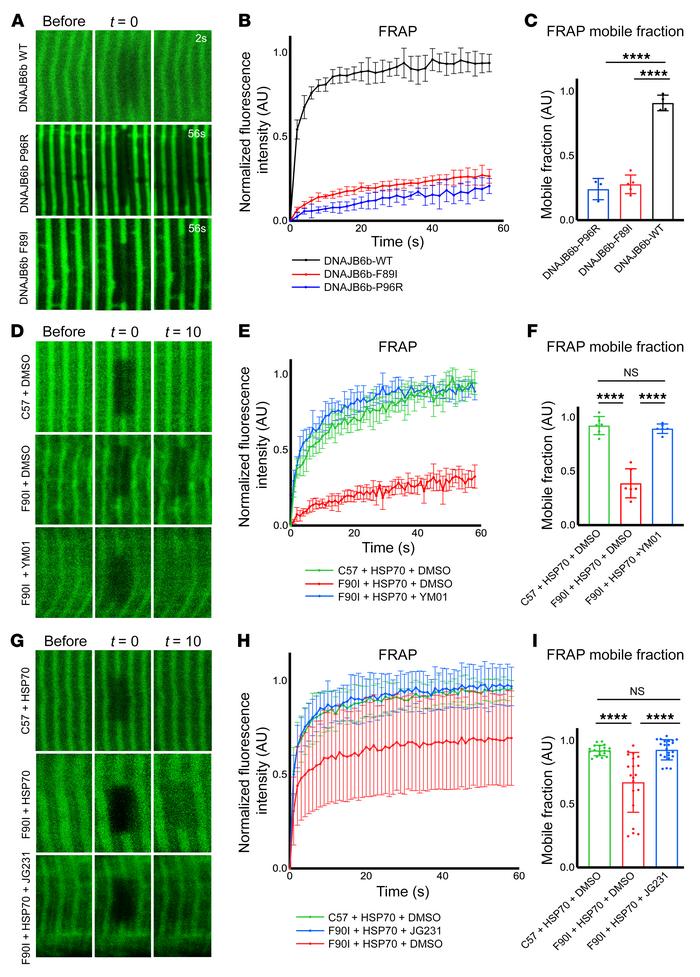