Plasmacytoid dendritic cells (pDCs) are robust producers of IFNα and one of the first immune cells to respond to SIV infection. To elucidate responses to early HIV-1 replication, we studied blood pDCs in 29 HIV-infected participants who initiated antiretroviral therapy during acute infection and underwent analytic treatment interruption (ATI). We observed an increased frequency of partially activated pDCs in the blood before detection of HIV RNA. Concurrent with peak pDC frequency, we detected a transient decline in the ability of pDCs to produce IFNα in vitro, which correlated with decreased phosphorylation of IFN regulatory factory 7 (IRF7) and NF-κB. The levels of phosphorylated IRF7 and NF-κB inversely correlated with plasma IFNα2 levels, implying that pDCs were refractory to in vitro stimulation after IFNα production in vivo. After ATI, decreased expression of IFN genes in pDCs inversely correlated with the time to viral detection, suggesting that pDC IFN loss is part of an effective early immune response. These data from a limited cohort provide a critical first step in understanding the earliest immune response to HIV-1 and suggest that changes in blood pDC frequency and function can be used as an indicator of viral replication before detectable plasma viremia. 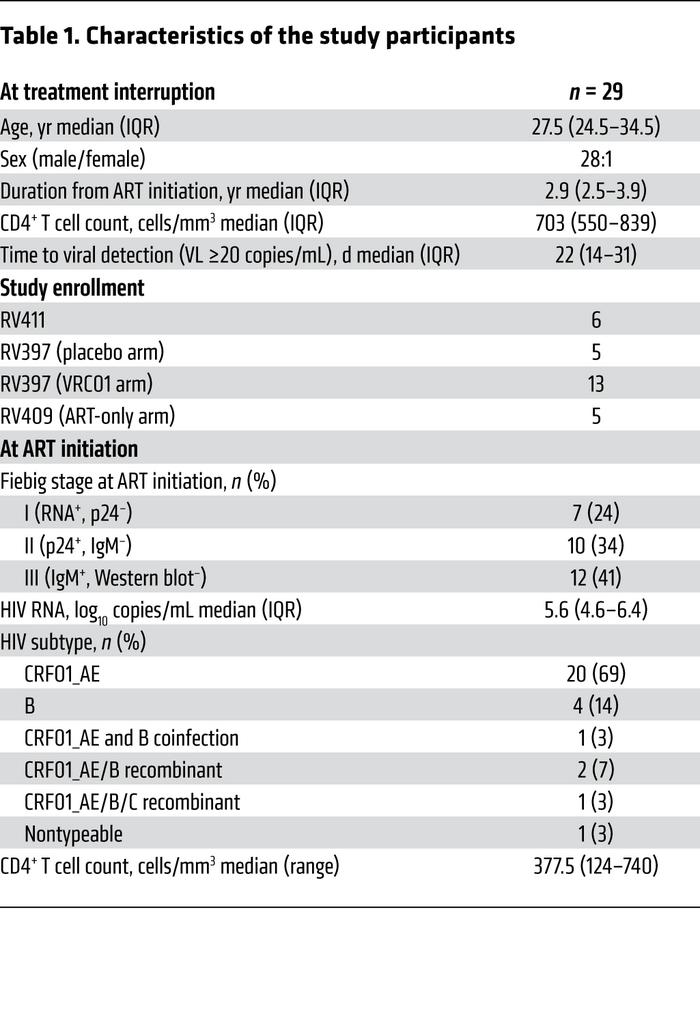 Characteristics of the study participants