How T cells integrate environmental cues into signals that limit the magnitude and length of immune responses is poorly understood. Here, we provide data that demonstrate that B55β, a regulatory subunit of protein phosphatase 2A, represents a molecular link between cytokine concentration and apoptosis in activated CD8+ T cells. Through the modulation of AKT, B55β induced the expression of the proapoptotic molecule Hrk in response to cytokine withdrawal. Accordingly, B55β and Hrk were both required for in vivo and in vitro contraction of activated CD8+ lymphocytes. We show that this process plays a role during clonal contraction, establishment of immune memory, and preservation of peripheral tolerance. This regulatory pathway may represent an unexplored opportunity to end unwanted immune responses or to promote immune memory. 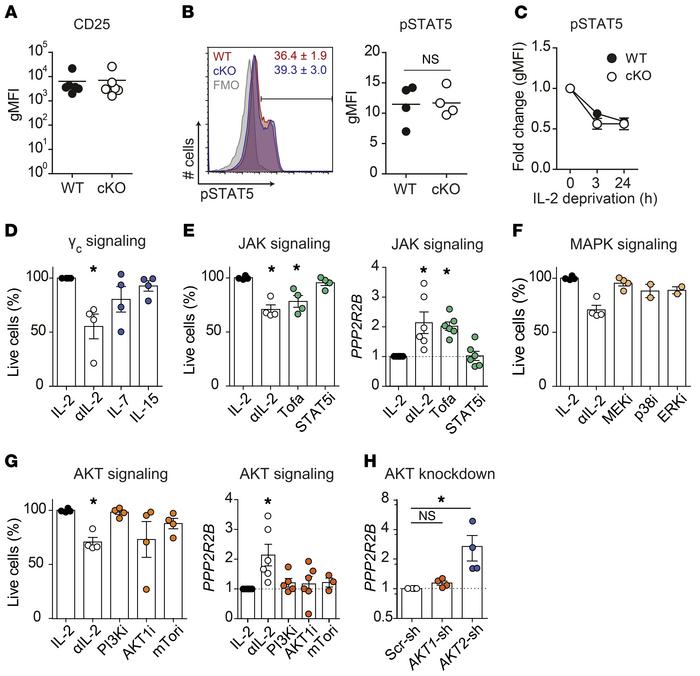