PTEN is decreased in T cells from patients with SLE and correlates with SRSF1 levels. 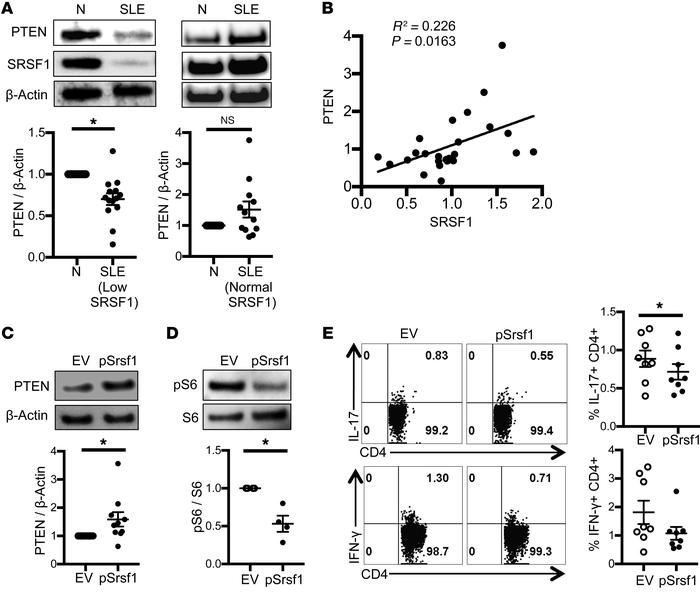