CNO washout causes reversal of the PA phenotype in mice. 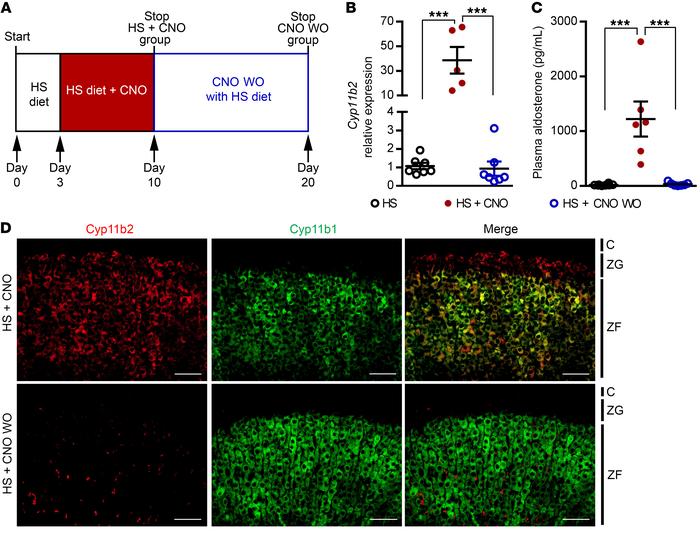