Chronic inflammation is deeply involved in various human disorders, such as cancer, neurodegenerative disorders, and metabolic disorders. Induction of epigenetic alterations, especially aberrant DNA methylation, is one of the major mechanisms, but how it is induced is still unclear. Here, we found that expression of TET genes, methylation erasers, was downregulated in inflamed mouse and human tissues, and that this was caused by upregulation of TET-targeting miRNAs such as MIR20A, MIR26B, and MIR29C, likely due to activation of NF-κB signaling downstream of IL-1β and TNF-α. However, TET knockdown induced only mild aberrant methylation. Nitric oxide (NO), produced by NOS2, enhanced enzymatic activity of DNA methyltransferases (DNMTs), methylation writers, and NO exposure induced minimal aberrant methylation. In contrast, a combination of TET knockdown and NO exposure synergistically induced aberrant methylation, involving genomic regions not methylated by either alone. The results showed that a vicious combination of TET repression, due to NF-κB activation, and DNMT activation, due to NO production, is responsible for aberrant methylation induction in human tissues.

Induction of aberrant DNA methylation by a combination of repression and increased DNMT activity. 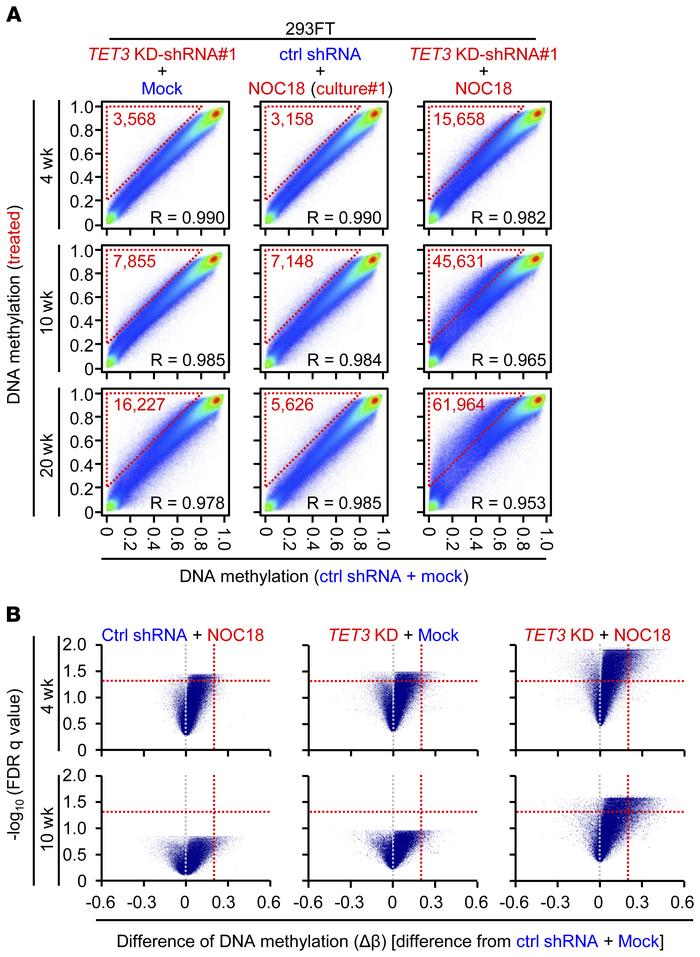