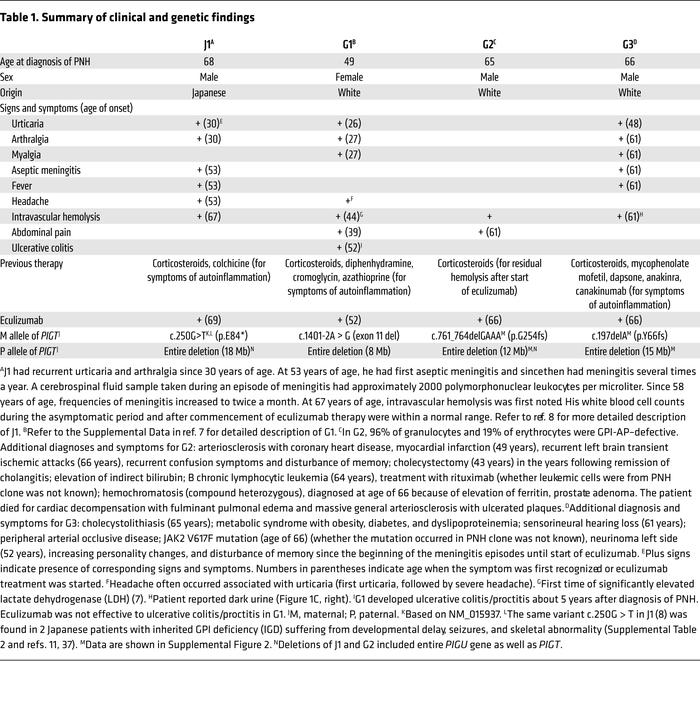 Summary of clinical and genetic findings