Molecular analysis of a major antigenic region of the 240-kD protein of Mi-2 autoantigen.

Find articles by Targoff, I. in: JCI | PubMed | Google Scholar

Anti-Mi-2 autoantibody is strongly associated with dermatomyositis and found in sera of 20% of patients. Mi-2 antigen contains at least eight components and previous evidence suggested that the 240-kD protein was the antigenic component for at least some sera. In this study, anti-M-2 patient sera were used to screen human thymocyte and HeLa cell lambda gt11 expression libraries, and two clones from each had plaques specifically reactive with anti-Mi-2 sera. Studies with affinity-purified antibody supported the identification of the clones. All of 44 anti-Mi-2 sera reacted with the plaques, but none of 44 control sera reacted significantly. The cDNAs were identical, and full sequencing of one revealed an open reading frame spanning a 1,054-bp insert. Rescreening the library with the cDNA yielded a 1,589-bp cDNA that continued the open reading frame. The Mi-2 cDNA hybridized to a single 7.5-8.0 kb mRNA of HeLa cells, by Northern blot. Rabbit antiserum directed at a portion of the cDNA product reacted with HeLa 240-kD Mi-2 protein. The sequence was notable for four potential zinc-fingers and several charged regions. The protein encoded by the cDNA produced in vitro reacted with only one of five of the Mi-2 sera. These findings indicate that the Mi-2 240 kD is a novel protein that is antigenic for all Mi-2 sera, and strongly suggests that a major common epitope is conformational in nature. 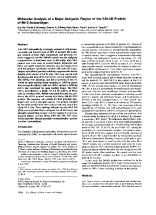 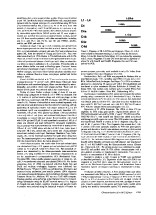 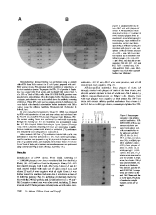 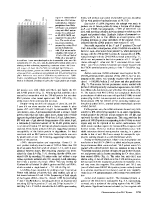 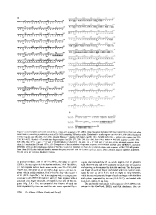 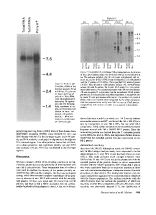 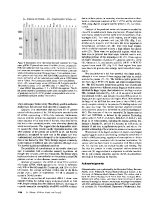 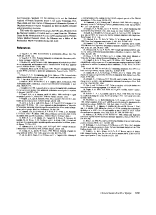