In the enclosed study we have examined the expression and contribution of specific chemokines, macrophage inflammatory protein 1 alpha (MIP-1 alpha) and macrophage inflammatory protein 2 (MIP-2), and interleukin 10 (IL-10) during the evolution of type II collagen-induced arthritis (CIA). Detectable levels of chemotactic cytokine protein for MIP-1 alpha and MIP-2 were first observed between days 32 and 36, after initial type II collagen challenge, while increases in IL-10 were found between days 36 and 44. CIA mice passively immunized with antibodies directed against either MIP-1 alpha or MIP-2 demonstrated a delay in the onset of arthritis and a reduction of the severity of arthritis. On the contrary, CIA mice receiving neutralizing anti-IL-10 antibodies demonstrated an acceleration of the onset and an increase in the severity of arthritis. Interestingly, anti-IL-10 treatment increased the expression of MIP-1 alpha and MIP-2, as well as increased myeloperoxidase (MPO) activity and leukocyte infiltration in the inflamed joints. These data suggest that MIP-1 alpha and MIP-2 play a crucial role in the initiation and maintenance, while IL-10 appears to play a regulatory role during the development of experimental arthritis. 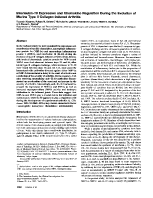 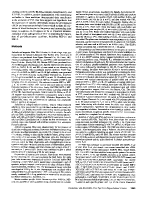 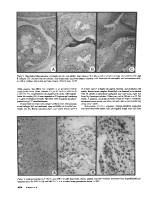 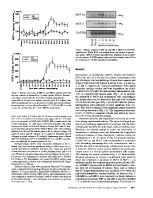 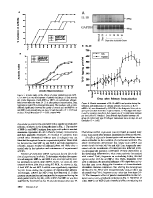 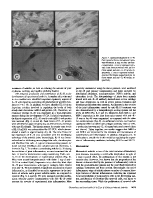 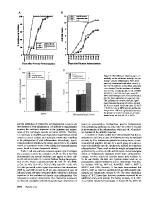 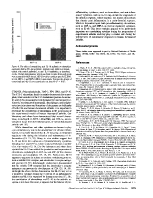 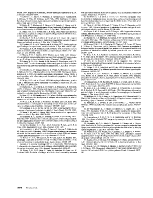