Rearrangement of the genes for the beta and gamma chains of the T cell receptor is rarely observed in adult B cell lymphoma and chronic lymphocytic leukemia.

A C Aisenberg, B M Wilkes, and J O Jacobson

Find articles by Aisenberg, A. in: JCI | PubMed | Google Scholar

Find articles by Wilkes, B. in: JCI | PubMed | Google Scholar

We determined the configuration of the genes for the beta (T beta) and gamma (T gamma) chains of the T cell receptor in DNA from 100 consecutive cases of B cell lymphoma and B cell chronic lymphocytic leukemia (B-CLL), and compared the findings with those in 18 T cell neoplasms. In 7 of the 100 B cell specimens, a single nongermline band was detected after digestion with the restriction enzyme BamHI, but the rearrangement could be confirmed with a second restriction enzyme in only two. The B cell fragments were small in size and of limited size diversity when compared with the T cell cases, and germline bands of equal intensity were present. A rearrangement of the T gamma gene was never seen in a B cell sample. In contrast, T cell specimens usually rearranged both alleles of T beta (15 of 18), the rearrangement could be confirmed with a second restriction enzyme (17 of 18), both alleles of the first constant region gene segment of T beta always underwent either rearrangement or deletion, and the T gamma gene was also rearranged or deleted (17 of 18). We conclude that ordered rearrangement of the T cell receptor is a rare event in B cell lymphoma and B-CLL. T cell receptor gene studies allow B and T cell lymphomas to be distinguished from each other and from common acute lymphoblastic leukemia antigen-positive non-T, non-B acute lymphoblastic leukemia. 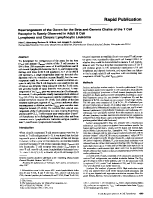 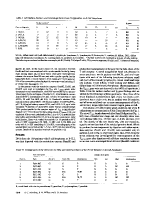 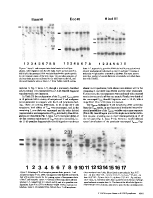 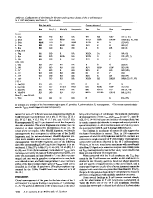 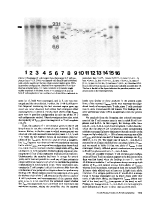 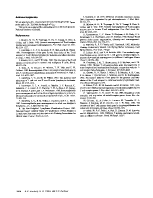