Paroxysmal nocturnal hemoglobinuria (PNH) is an acquired hematopoietic stem cell disorder in which the blood cells demonstrate aberrant interactions with serum complement. In part, this is due to the absence of the complement regulatory protein, decay accelerating factor (DAF). A small number of patients with PNH have gone on to develop acute nonlymphocytic leukemia, which is thought to arise from the injured marrow as a second hematopoietic disorder. We have studied a patient with PNH who developed acute myeloblastic leukemia (AML); the blasts from this patient were found to lack DAF as measured by polyclonal antibody binding and fluorescence flow cytometry as well as by immunoblotting. The blasts from 11 other patients with AML bound anti-DAF antibody in amounts similar to normal mononuclear cells from healthy donors. Cells of the human leukemia cell lines HL-60, K562, U937, and HEL also bound anti-DAF antibody. In addition to DAF deficiency, blasts from the PNH patient had undetectable alkaline phosphatase activity, in contrast to human leukemia cell lines. These data suggest that the leukemic cells of the PNH patient arose out of the PNH clone and that AML in the setting of PNH is not a separate disorder. 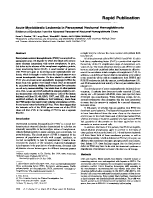 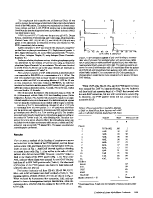 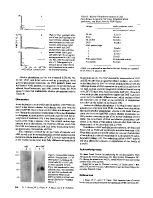 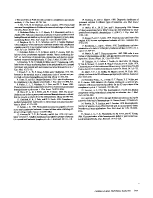