To examine the effect of platelets and 5-hydroxytryptamine on pulmonary arterial smooth muscle, rings of canine pulmonary arteries, with and without endothelium, were studied under isometric conditions in physiological salt solution. 5-Hydroxytryptamine, but not the thromboxane-like endoperoxide analogue U-46619, produced concentration-dependent contractions of the rings with a maximum averaging 93% of that obtained with KC1. Autologous platelets in concentrations comparable to that in plasma caused contractions averaging 70% of the maximal responses to KC1. Solution withdrawn from baths containing platelet-contracted rings, but not the supernatant from nonaggregated platelets, also caused contraction. The serotonergic antagonists cyproheptadine, ketanserin, and methysergide caused concentration-dependent inhibition and eventually abolition of contractions evoked by platelets and 5-hydroxytryptamine. Phentolamine and prazosin produced significantly less inhibition of the contractile response to platelets. Pretreatment of the platelets with indomethacin or meclofenamate reduced thromboxane release but had no effect on platelet-induced contractions. Removal of the endothelium did not affect contractile responses to platelets or 5-hydroxy-tryptamine. These experiments demonstrate that in the canine pulmonary artery: (a) 5-hydroxytryptamine is the predominant mediator of the contractile response triggered by platelet aggregation; and (b) unlike in other blood vessels, the endothelium cannot curtail the contractile response to aggregating platelets. 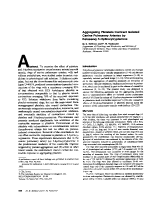 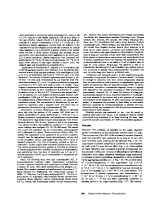 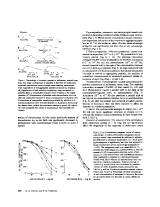 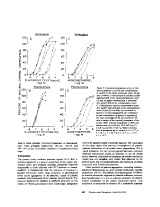 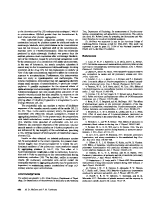 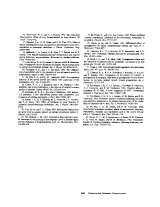