The effects of osteoclast activating factor (OAF) released by normal human peripheral blood leukocytes cultured with phytohemagglutinin have been examined in organ culture. Like parathyroid hormone (PTH), OAF causes a rapid increased in the release of previously incorporated 45Ca from fetal rat bone after brief or continuous exposure; the bones also lose stable calcium and collagen content. The resorption response to OAF also resembles that of PTH in having a steep dose response curve and being only transiently inhibited by calcitonin and partially inhibited by increasing medium phosphate concentration. OAF-stimulated resorption was inhibited more effectively by cortisol than was PTH stimulation. The response to maximally effective doses of OAF was not enhanced by PTH or prostaglandin E2, but submaximal doses gave additive effects. Both OAF and PTH inhibit collagen synthesis in fetal rat calvaria at the concentrations that stimulate bone resorption. 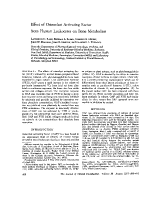 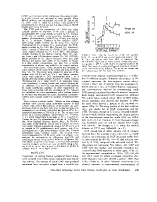 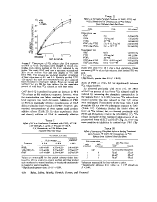 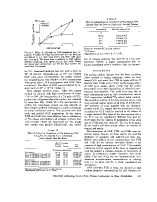 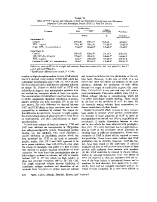 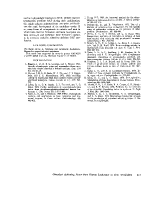