About 1% of all newborns are affected by congenital heart disease (CHD). Recent findings identify aberrantly functioning cilia as a possible source for CHD. Faulty cilia also prevent the development of proper left-right asymmetry and cause heterotaxy, the incorrect placement of visceral organs. Intriguingly, signaling cascades such as mTOR that influence mitochondrial biogenesis also affect ciliogenesis, and can cause heterotaxy-like phenotypes in zebrafish. Here, we identify levels of mitochondrial function as a determinant for ciliogenesis and a cause for heterotaxy. We detected reduced mitochondrial DNA content in biopsies of heterotaxy patients. Manipulation of mitochondrial function revealed a reciprocal influence on ciliogenesis and affected cilia-dependent processes in zebrafish, human fibroblasts and Tetrahymena thermophila. Exome analysis of heterotaxy patients revealed an increased burden of rare damaging variants in mitochondria-associated genes as compared with 1000 Genome controls. Knock down of such candidate genes caused cilia elongation and ciliopathy-like phenotypes in zebrafish, which could not be rescued by RNA encoding damaging rare variants identified in heterotaxy patients. Our findings suggest that ciliogenesis is coupled to the abundance and function of mitochondria. Our data further reveal disturbed mitochondrial function as an underlying cause for heterotaxy-linked CHD and provide a mechanism for unexplained phenotypes of mitochondrial disease.

Increased burden of rare damaging variants in mitochondria-associated genes in patients with heterotaxy. 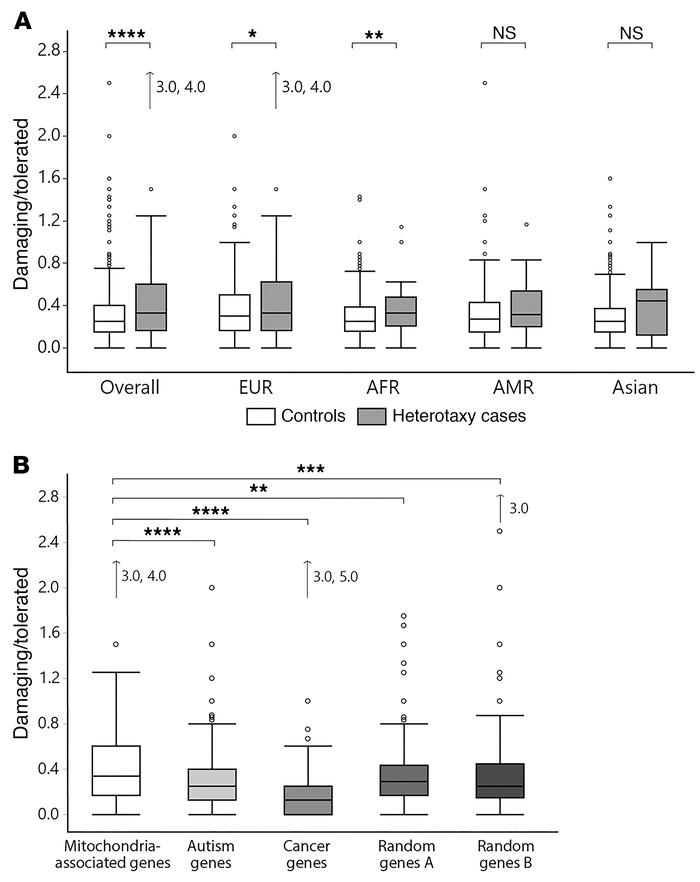