In situ cancer vaccines are under active clinical investigation, given their reported ability to eradicate both local and disseminated malignancies. Intratumoral vaccine administration is thought to activate a T cell–mediated immune response, which begins in the treated tumor and cascades systemically. In this study, we describe a PET tracer (64Cu-DOTA-AbOX40) that enabled noninvasive and longitudinal imaging of OX40, a cell-surface marker of T cell activation. We report the spatiotemporal dynamics of T cell activation following in situ vaccination with CpG oligodeoxynucleotide in a dual tumor–bearing mouse model. We demonstrate that OX40 imaging was able to predict tumor responses on day 9 after treatment on the basis of tumor tracer uptake on day 2, with greater accuracy than both anatomical and blood-based measurements. These studies provide key insights into global T cell activation following local CpG treatment and indicate that 64Cu-DOTA-AbOX40 is a promising candidate for monitoring clinical cancer immunotherapy strategies.

OX40 is a sensitive and specific indicator of T cell activation in vitro. 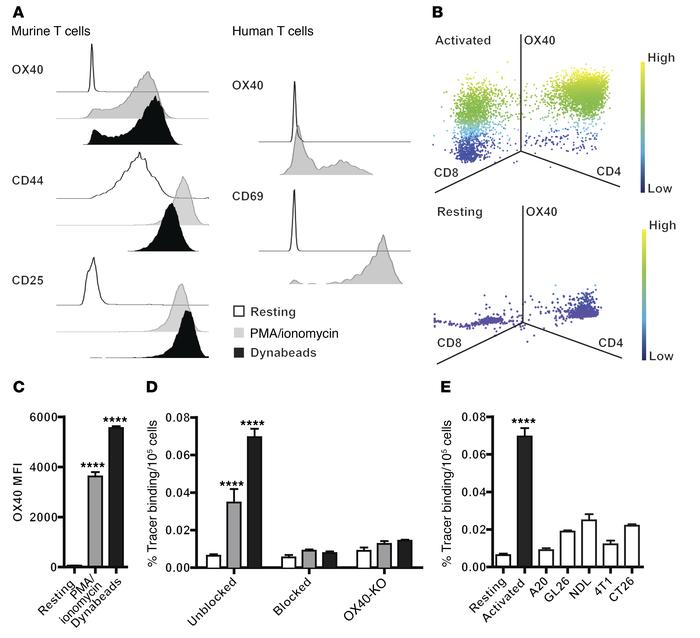