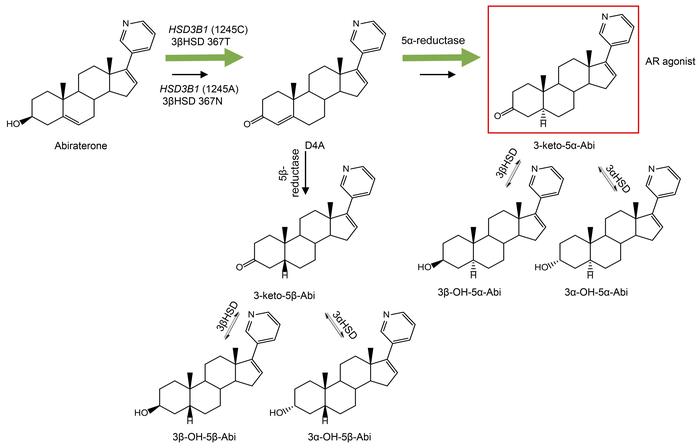 Abiraterone is metabolized by 3βHSD1 to D4A, which is then metabolized to 6 downstream metabolites, including the AR agonist 3-keto-5α-Abi. In patients who inherit the (1245A>C) variant, 3βHSD1 is resistant to degradation and metabolism is faster, leading to higher levels of 3-keto-5α-Abi. Green arrows denote increased metabolic flux with the 3βHSD1 variant enzyme. Red box denotes the metabolite with known AR agonist activity.