Influence of the genotype on motor, memory, and social aspects, all of which improve with NAP treatment. 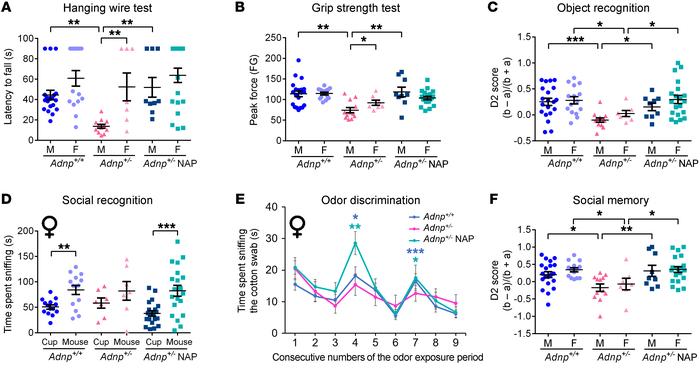