Effect of LERFS overexpression on the proliferation and apoptosis of RA FLSs. 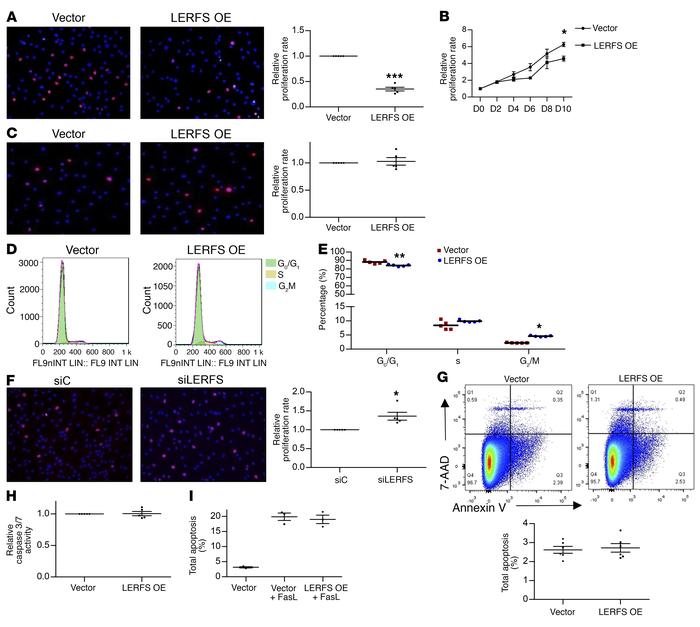