Anoxia caused bradycardia due to a direct effect on the heart. 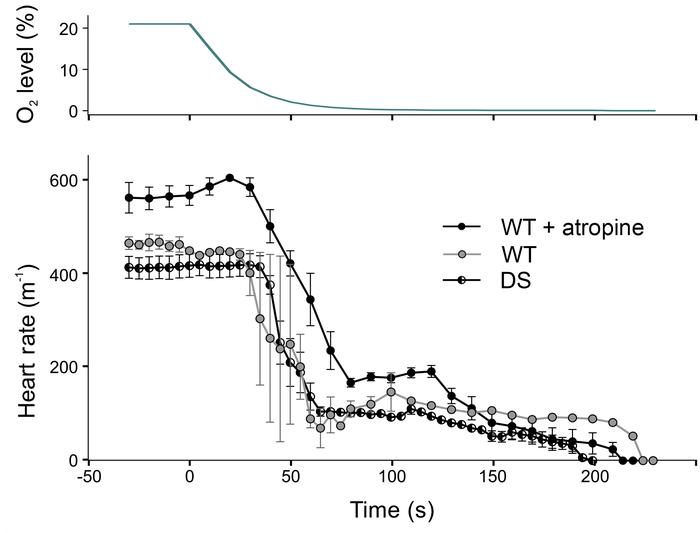