Demyelination in the central nervous system (CNS) leads to severe neurological deficits that can be partially reversed by spontaneous remyelination. Because the CNS is isolated from the peripheral milieu by the blood-brain barrier, remyelination is thought to be controlled by the CNS microenvironment. However, in this work we found that factors derived from peripheral tissue leak into the CNS after injury and promote remyelination in a murine model of toxin-induced demyelination. Mechanistically, leakage of circulating fibroblast growth factor 21 (FGF21), which is predominantly expressed by the pancreas, drives proliferation of oligodendrocyte precursor cells (OPCs) through interactions with β-klotho, an essential coreceptor of FGF21. We further confirmed that human OPCs expressed β-klotho and proliferated in response to FGF21 in vitro. Vascular barrier disruption is a common feature of many CNS disorders; thus, our findings reveal a potentially important role for the peripheral milieu in promoting CNS regeneration. 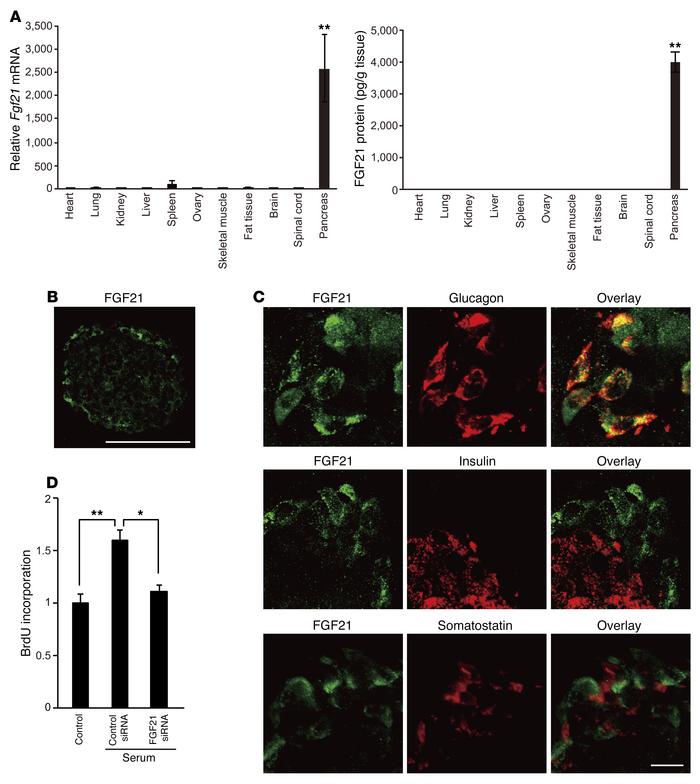