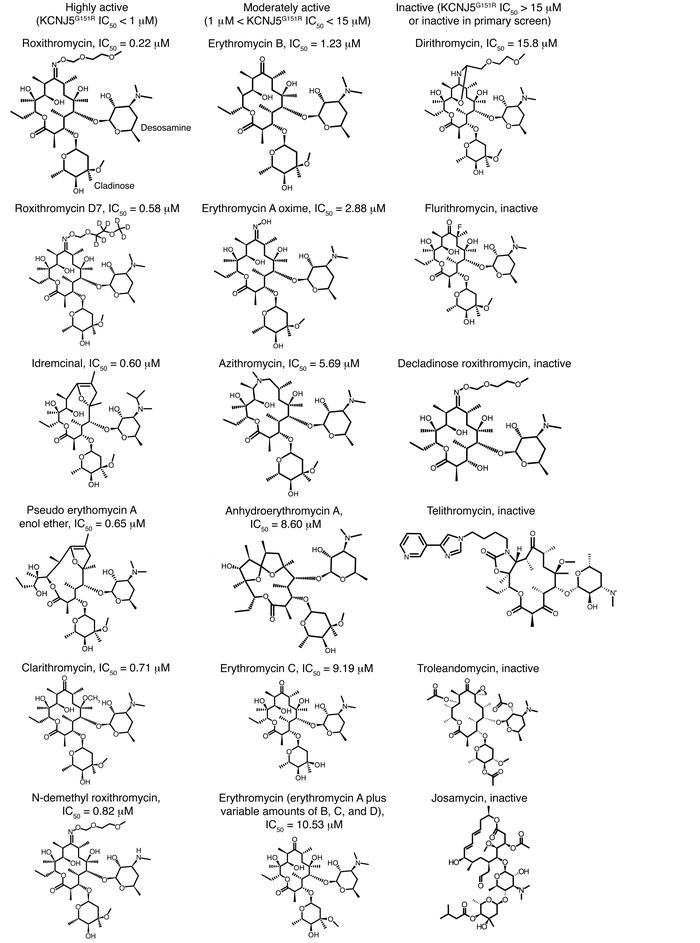 Select compounds are shown. The locations of desosamine and cladinose moieties are indicated on the roxithromycin structure. Values of IC50 against KCNJ5G151R are given for active compounds. See for detailed screen results.