LSECs represent the only intersection of GATA4 and STAB2 expression during development of the embryo. 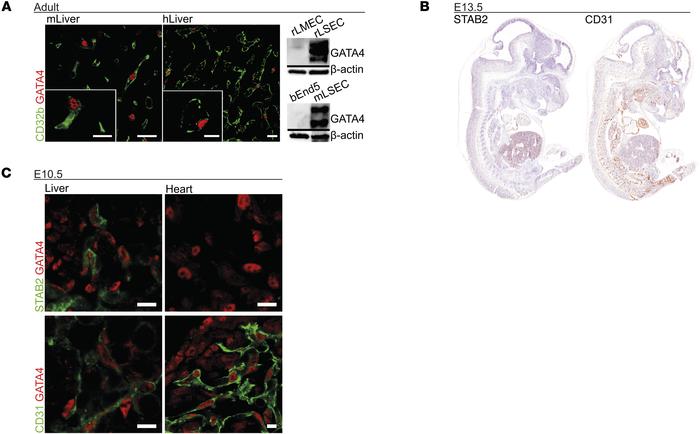