Thiazide diuretics are among the most widely used treatments for hypertension, but thiazide-induced hyponatremia (TIH), a clinically significant adverse effect, is poorly understood. Here, we have studied the phenotypic and genetic characteristics of patients hospitalized with TIH. In a cohort of 109 TIH patients, those with severe TIH displayed an extended phenotype of intravascular volume expansion, increased free water reabsorption, urinary prostaglandin E2 excretion, and reduced excretion of serum chloride, magnesium, zinc, and antidiuretic hormone. GWAS in a separate cohort of 48 TIH patients and 2,922 controls from the 1958 British birth cohort identified an additional 14 regions associated with TIH. We identified a suggestive association with a variant in SLCO2A1, which encodes a prostaglandin transporter in the distal nephron. Resequencing of SLCO2A1 revealed a nonsynonymous variant, rs34550074 (p.A396T), and association with this SNP was replicated in a second cohort of TIH cases. TIH patients with the p.A396T variant demonstrated increased urinary excretion of prostaglandin E2 and metabolites. Moreover, the SLCO2A1 phospho-mimic p.A396E showed loss of transporter function in vitro. These findings indicate that the phenotype of TIH involves a more extensive metabolic derangement than previously recognized. We propose one mechanism underlying TIH development in a subgroup of patients in which SLCO2A1 regulation is altered. 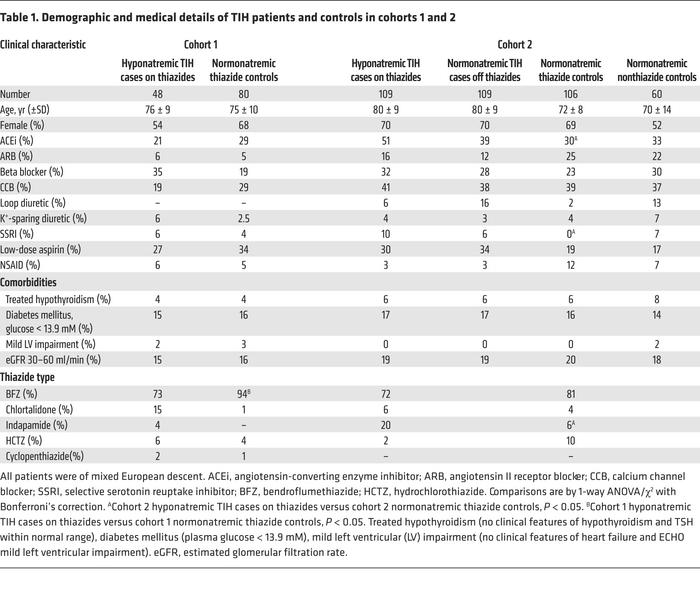