Moesin is a member of the ezrin-radixin-moesin (ERM) family of proteins that are important for organizing membrane domains and receptor signaling and regulating the migration of effector T cells. Whether moesin plays any role during the generation of TGF-β–induced Tregs (iTregs) is unknown. Here, we have discovered that moesin is translationally regulated by TGF-β and is also required for optimal TGF-β signaling that promotes efficient development of iTregs. Loss of moesin impaired the development and function of both peripherally derived iTregs and in vitro–induced Tregs. Mechanistically, we identified an interaction between moesin and TGF-β receptor II (TβRII) that allows moesin to control the surface abundance and stability of TβRI and TβRII. We also found that moesin is required for iTreg conversion in the tumor microenvironment, and the deletion of moesin from recipient mice supported the rapid expansion of adoptively transferred CD8+ T cells against melanoma. Our study establishes moesin as an important regulator of the surface abundance and stability of TβRII and identifies moesin’s role in facilitating the efficient generation of iTregs. It also provides an advancement to our understanding about the role of the ERM proteins in regulating signal transduction pathways and suggests that modulation of moesin is a potential therapeutic target for Treg-related immune disorders. 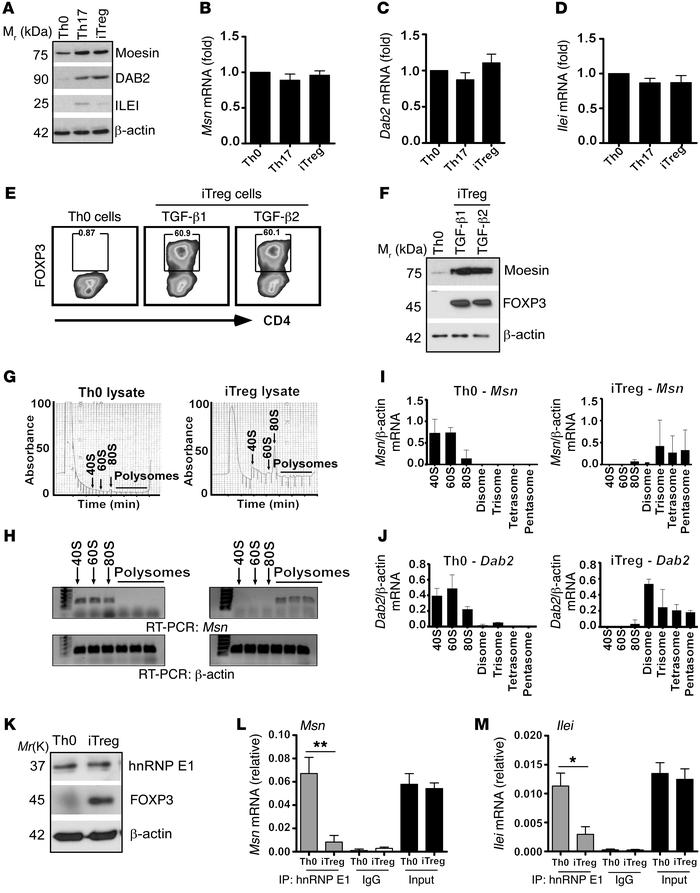