AT1A and LEPR colocalize within cells in the ARC. 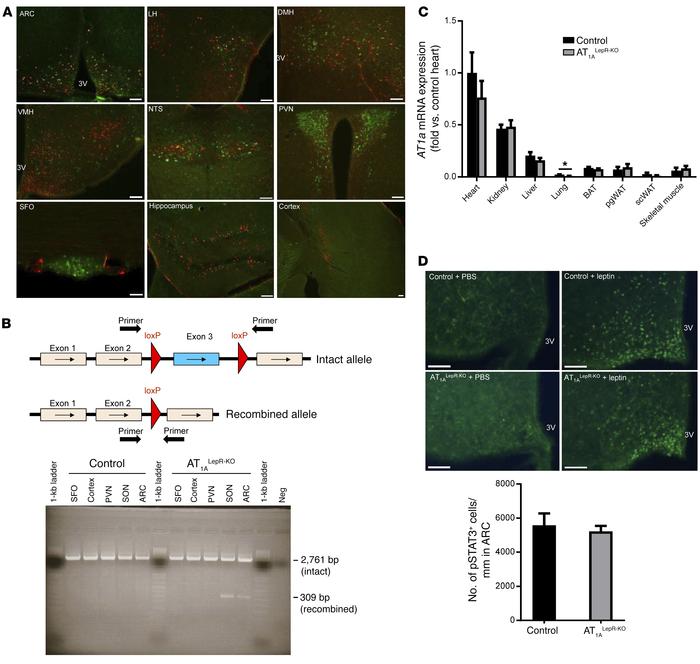