The VI-V fragment of netrin-1 activates FAK and SRC kinases. 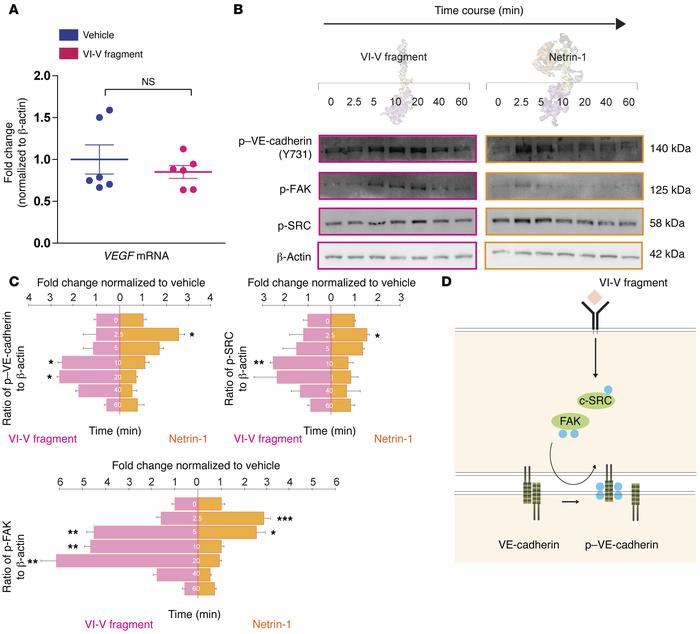