The phosphatidylinositol 3-kinase (PI3K) signaling pathway is central to the action of insulin and many growth factors. Heterozygous mutations in the gene encoding the p85α regulatory subunit of PI3K () have been identified in patients with SHORT syndrome — a disorder characterized by short stature, partial lipodystrophy, and insulin resistance. Here, we evaluated whether SHORT syndrome–associated mutations account for the pathophysiology that underlies the abnormalities by generating knockin mice that are heterozygous for the Arg649Trp mutation, which is homologous to the mutation found in the majority of affected individuals. Similar to the patients, mutant mice exhibited a reduction in body weight and length, partial lipodystrophy, and systemic insulin resistance. These derangements were associated with a reduced capacity of insulin and other growth factors to activate PI3K in liver, muscle, and fat; marked insulin resistance in liver and fat of mutation-harboring animals; and insulin resistance in vitro in cells derived from these mice. In addition, mutant mice displayed defective insulin secretion and GLP-1 action on islets in vivo and in vitro. These data demonstrate the ability of this heterozygous mutation to alter PI3K activity in vivo and the central role of PI3K in insulin/growth factor action, adipocyte function, and glucose metabolism. 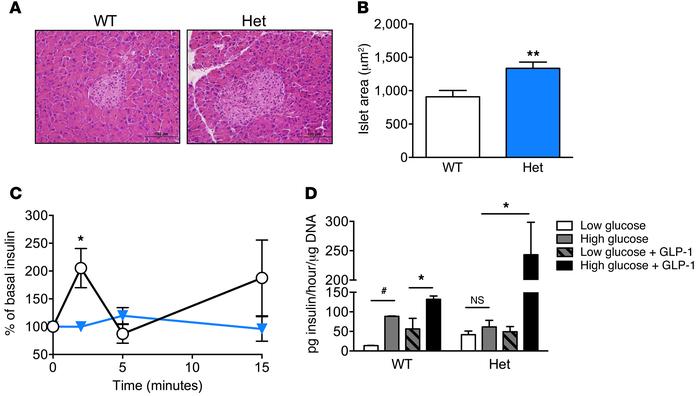