Inhibition of CCI-induced evoked and ongoing neuropathic pain in mice by a single i.t. injection of BMSCs. 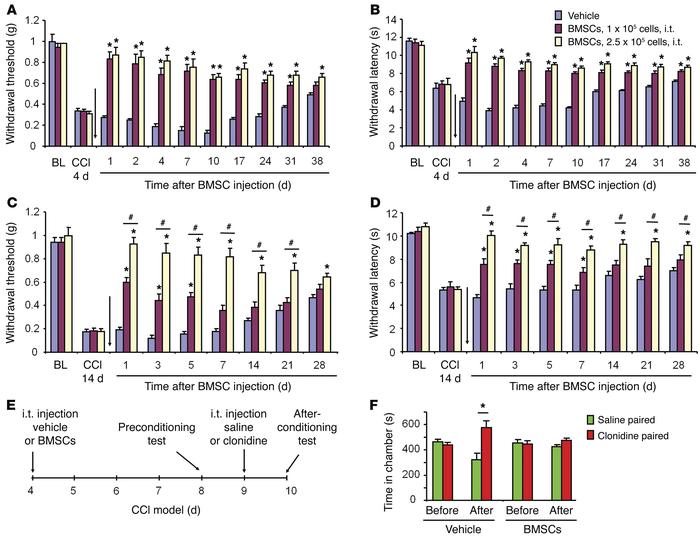